Earlier in the week, the White House, CIA and FBI confirmed that Russia had committed a cyber attack against the United States government in an effort to influence to the 2016 presidential election.

President Obama said that Russia was a weak country, and that he was surprised that so many Republicans have embraced their president.

“The president-elect respects the ability of President Obama to do what he sees necessary in […] any number of different arenas,” Conway said on CBS.

“It does seem to be a political response at this point, because it seems like the president is under pressure from Team Hillary, who can’t accept the election results.”

Conway wondered aloud where Obama’s harsh language against Russia was before the election.

“But it’s very clear that President Obama could have, quote, ‘retaliated’ months ago, if they were actually concerned about this, quote, ‘affecting’ the election,” Conway said.

“Whatever his motives are, whatever his action is, we’ll respect it as Americans. That doesn’t mean that new President Trump will agree with it.”

When asked if rumors that her campaign staffers were in close contact with the Russian government were true, Conway assured CBS’s John Dickerson that they were not.

“Absolutely not. I discussed that with the president-elect just last night. Those conversations never happened.” 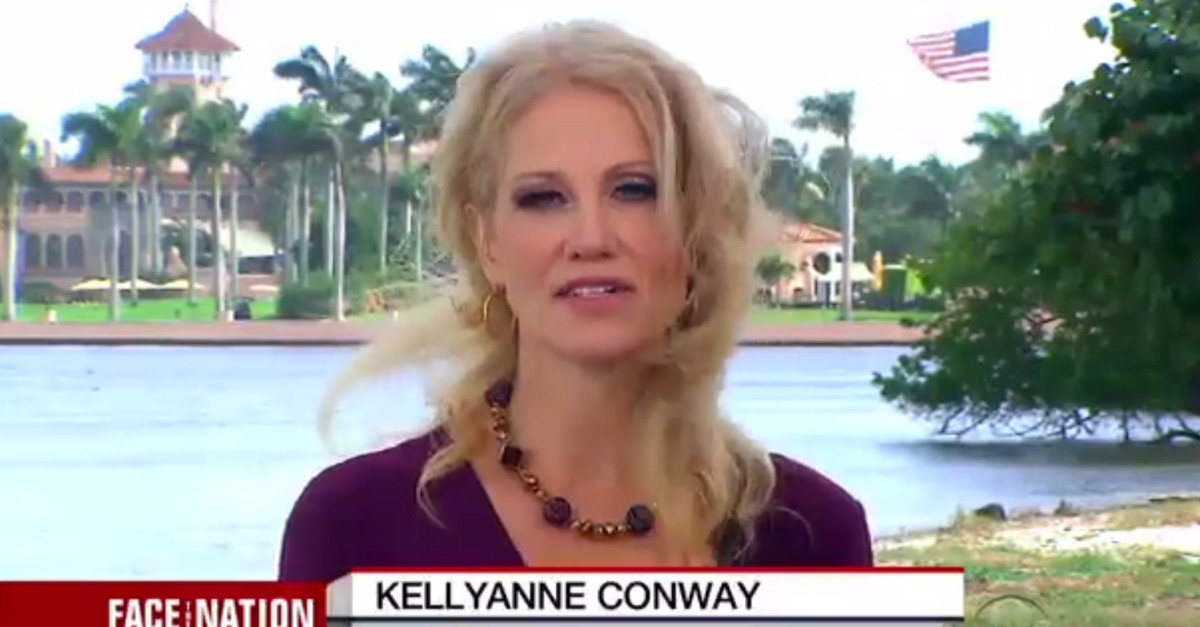