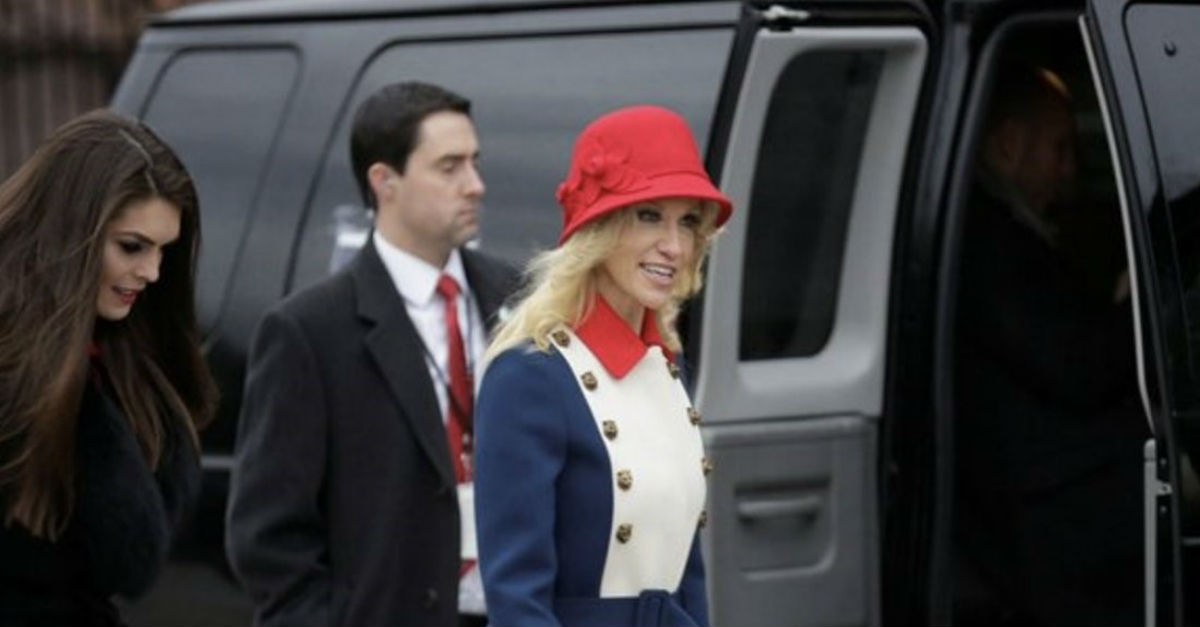 …and all people could talk about was her outfit.

The winning campaign manager and current senior adviser to President Trump awas dressed in a fashionable coat that took us back to the American Revolution.

Someone tracked down the $3,600 Gucci coat online.

The coat Kellyanne Conway is wearing is $3,600 Gucci https://t.co/ctqFutiO7I pic.twitter.com/j59TB2j0SP

Others were less kind, expressing a disinterest in her fashion choice:

There aren't a lot of nice things I can say about Kellyanne Conway but one is I think she would have made a better Javert than Russell Crowe pic.twitter.com/AyEVSZNwDP

Some even got political:

Kellyanne Conway will deny ever having worn this costume from a regional production of Hamilton. #Inauguration pic.twitter.com/dY4OOFbLQs

Kellyanne Conway dressed as the era Trump wants to take America back to. #InaugurationDay pic.twitter.com/Vrmc1Bq3Nz

Regardless of what others say, we appreciate the carefully considered outfit.