Menu
Follow us
Search
Menu
Search
In this Aug. 19, 2014, photo released by the Los Angeles County Sheriff’s Department shows LASD Sgt. Steven Owen. He was shot and killed, Wednesday, Oct. 5, 2016, while answering a burglary report and the suspected gunman was arrested after commandeering his patrol car, ramming a second police vehicle, then hiding in a home as two teenagers cowered, authorities said. Sgt. Steven Owen, 53, died at a hospital about two hours after he was gunned down behind a home in Lancaster, a desert community north of Los Angeles. (Los Angeles County Sheriff’s Department via AP)

LOS ANGELES (AP) — A gunman first shot and wounded a Los Angeles County sheriff’s sergeant before standing over him and pumping four bullets into his body, Sheriff Jim McDonnell says

The new comments came Thursday in the death of Sgt. Steven Owen, which McDonnel called a “calculated execution.”

The 53-year-old Owen was shot while responding to a report of a burglary in progress Wednesday at an apartment building in Lancaster.

Owen went behind the building, where the gunman shot him with a stolen gun then stood over his body and fired four more times, McDonnell said at a news conference.

RELATED: Chicago cop who was severely beaten by a suspect didn’t use her gun for fear of backlash

“He then unsuccessfully searched the body for the sergeant’s weapon, with the intent to use it to murder the first responding deputy,” the sheriff said.

Trenton Trevon Lovell, 27, of Lancaster was arrested in the killing.

Authorities said he pointed a gun at a deputy who responded and was shot in the shoulder before stealing Owens’ patrol car, backing up and ramming another patrol car with it.

He then ran into a house where two teenagers were cowering before SWAT team members rescued them and forced Lovell to run out the back, McDonnell said.

Lovell was treated for his wound and remained jailed without bail. It was not clear if he has an attorney.

McDonnell was asked whether the sergeant, a 29-year veteran of the Sheriff’s Department, may have tried to avoid shooting the suspect, possibly deciding not to use his own gun.

“There was only the two of them there initially, so I don’t know that we’ll ever be able to answer what happened in that split-second,” McDonnell said. However, he said the killer may have been able to draw a gun surreptitiously while the sergeant had his own gun out and was requesting backup.

McDonnell rejected any suggestion that Lovell, who is black, may have shot in self-defense — a question apparently prompted by controversy over recent shootings of young black men in police confrontations.

“This is an individual that was certainly the aggressor, somebody who is truly a predator, and not somebody who was defending himself in any manner,” McDonnell said.

Lovell has been arrested a dozen times, including one on suspicion of selling marijuana when he was a juvenile. He has also served two state prison sentences, McDonnell said.

The news conference was held as Owen’s body was escorted from a morgue in Los Angeles back to Lancaster, where hundreds of people stood on an overpass draped with U.S. flags to watch as the hearse passed.

At the news conference, the sheriff said Owen was a model peace officer who was well-liked by local residents who had met him.

“They are saying that on their worst day, he helped them believe that tomorrow would be a better one,” McDonnell said.

In 2014, Owen was one of several deputies from the Lancaster station who received Sheriff’s Department medals for meritorious conduct after they captured a gunman in a bulletproof vest who had taken a driver hostage and used him as a human shield after a police chase.

Copyright 2016 The Associated Press. All rights reserved. This material may not be published, broadcast, rewritten or redistributed. 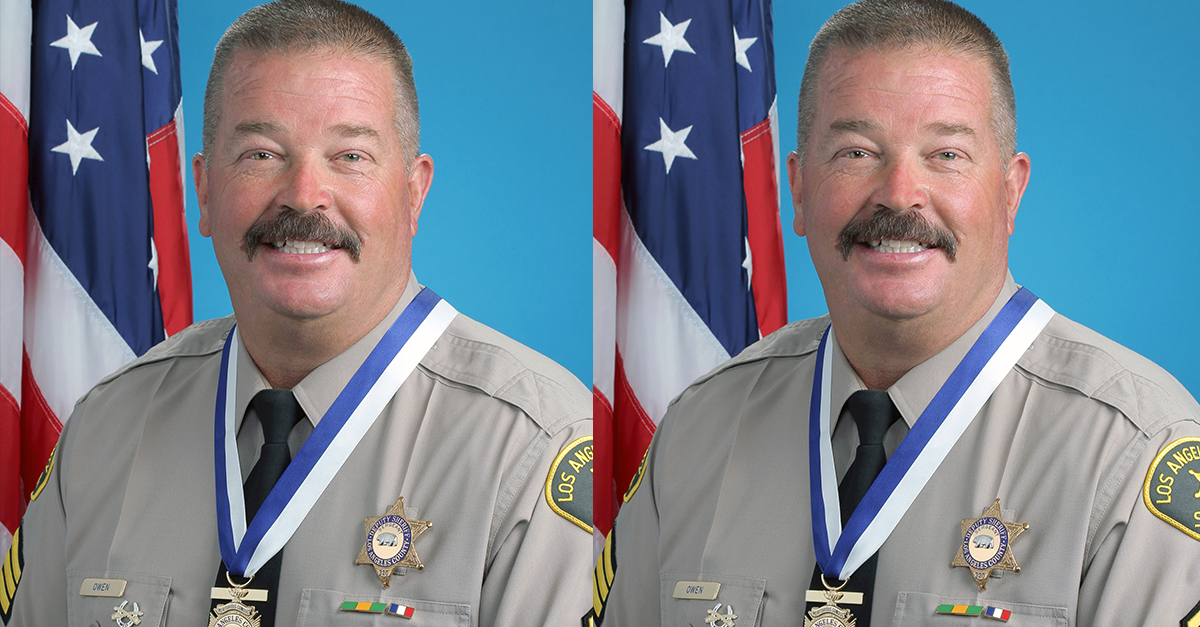