In a press conference tonight, Las Vegas Sheriff Joseph Lombardo offered frightening new details about the massive stockpile of weapons, explosives and ammunition assembled by shooter Stephen Craig Paddock in his home and the hotel room from which he carried out last night’s massacre.

Paddock, staying on the 32nd floor of the Mandalay Bay hotel in Las Vegas, killed over 50 people and wounded over 500 after breaking two windows and firing from his hotel room.

Sheriff Lombardo revealed that Paddock fired on the crowd from some 500 yards away. Lombardo says he had 16 rifles and a handgun in his possession; some of the rifles had scopes. In his car was ammonium nitrate, a fertilizer that can be readily adapted and used as an explosive.

Paddock stored the weapons and ammunition in ten suitcases, which were found in the room.

Clark County Sheriff @LVMPD says 16 automatic weapons and a pistol were in the shooter's room. @KNPRnews 18 guns in house in Mesquite pic.twitter.com/0iwXfB8dC1

The Associated Press, citing a law enforcement source, reports that two of Paddock’s rifles had “bump stocks” — mechanical devices used to make it easy to fire semi-automatic rifles at the speed of an automatic rifle.

During the press conference, the Las Vegas sheriff said they could not yet specify whether the shooter had fully automatic weapons, modified semiautomatic weapons or both.

Police also searched Paddock’s retirement community home in Mesquite, Nevada. Inside his home, they found an additional 18 rifles, ammonium nitrate (another explosive), “electronic devices” and thousands of rounds of ammunition. 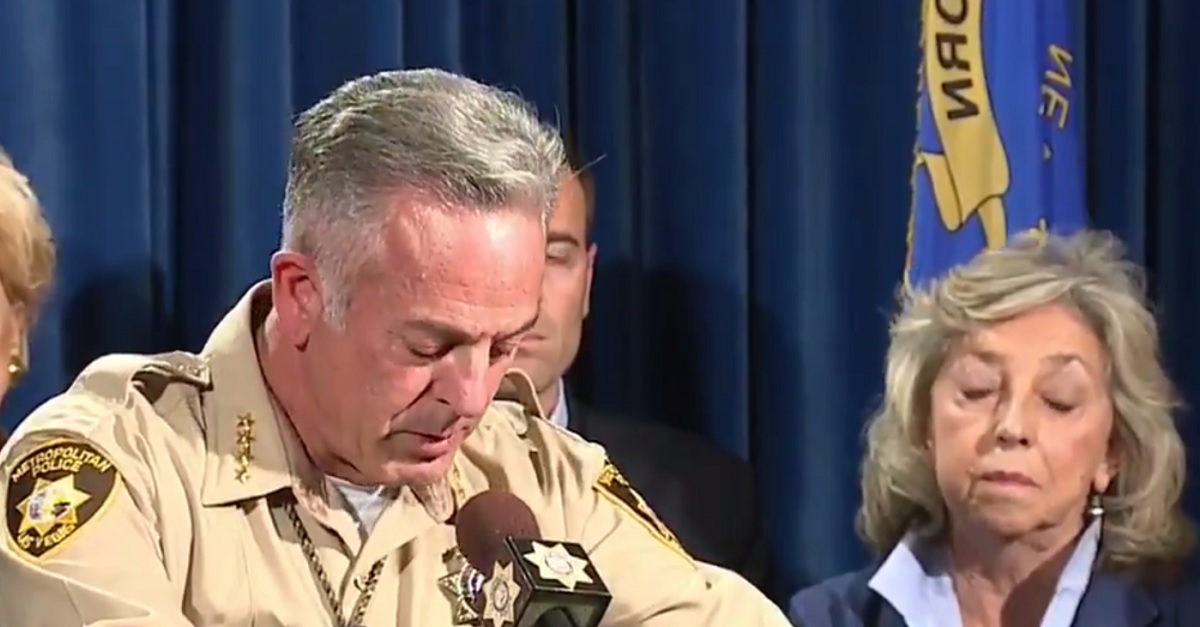