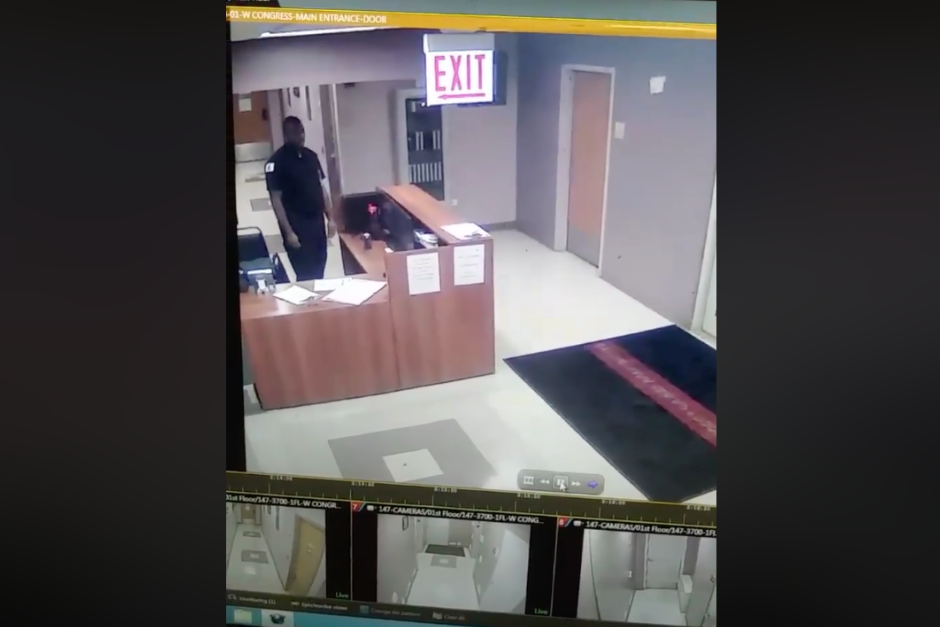 Working security for a nursing home likely has a lot of perks, as far as security jobs go. Chief among them is that you’re responsible for the security of a place that pretty much no one is ever going to threaten.

A security guard at a stockyard filled with copper wire has got to be prepared to drop somebody. Even a mall cop has to be prepared to shuffle after fleeing shoplifters or empty his pepper spray can into a food court encompassing high school brawl. The only thing a nursing home security guard has to worry about shooting is the people he’s playing against in Fortnite on his phone while the late night shift passes by uneventfully.

This Guard and His Co-Workers Have Some Serious Ghost Stories

There is a massive downside to working at elder care facilities, however. Security, hospice nurse, or otherwise, you’re working in a place where death surrounds you. The chances something paranormal happens to you are just stupidly high compared to, say working at Edward Jones. It’s not a haunted house, it’s a haunted apartment complex. I’m no scientist but a building full of confused dying people feels like a recipe for a haunting.

One security guard at a Chicago nursing home pretty much confirmed as much in a video he posted to Facebook. Jay Brown was manning the front desk, with no one else around, when all of a sudden things got cold. Then he heard a pair of footsteps and saw a white mist float by him that, to him, looked like an old lady. He immediately went and checked the security footage and recorded it on his phone, narrating his experience. He then shared his ghostly encounter on Facebook. To date, the video has been viewed millions of times on Twitter and Facebook. And Brown’s ghost sightings have continued. This was the first time, but not the last.

This Nursing Home is a Literal Ghost Town

I’m a believer in ghosts. I’ve seen a ghost before. So I’m biased here. Still, that’s a damn. This is maybe the best ghost video I’ve ever seen. The spirit of some confused old lady shuffling down from the end of the hall, totally unaware they’re dead.

“Go toward the light, Ethel.”

“I didn’t leave the lights on.”

Letting dementia and bad hearing carry over after death feels like a real design flaw, God. Luckily for Brown this spooky apparition appears to be benevolent and not a poltergeist or something else out of a horror movie. She just wants some pudding, probably. As far as paranormal experiences go, it could be worse.

This article was originally published on March 12, 2019.

Watch: The Country?s Most Beautiful Train Ride Costs Only $97