Rejected by Family, Lesbian Athlete Thankful for Support from Others 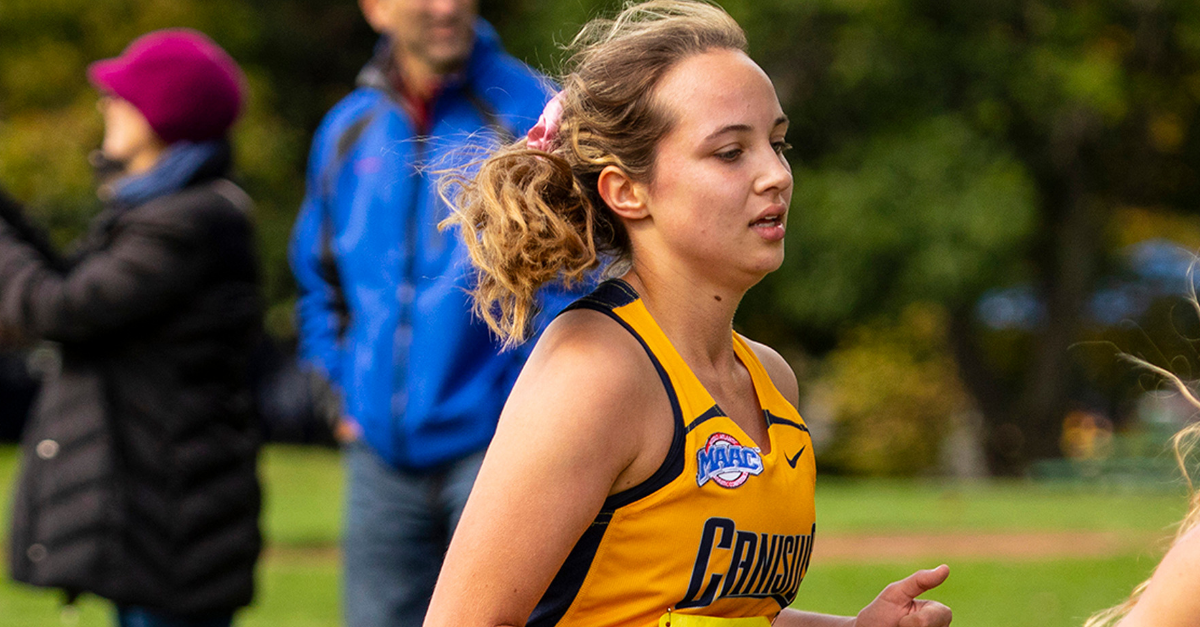 BUFFALO, N.Y. (AP) ? After 19-year-old Emily Scheck’s mother discovered she was a lesbian, the college student said, she lost the support of her parents, financial and otherwise; gained the support of thousands of others; and nearly had to choose between the generosity of strangers and her college running career.

Heading into Thanksgiving, she said she has learned something.

Scheck’s father, Timothy, has said there is more to the story than his daughter has shared.

As first told by Outsports.com, Emily Scheck said the story began in August, just as Scheck was about to start her sophomore year at Canisius College in Buffalo, where she runs cross-country and track. When her mother came upon photos of Scheck and her girlfriend on social media, she said, her parents demanded she return home to the Rochester suburbs and attend counseling ? or be disowned by the family.

“Because you disgust me,” she said her mother texted.

When Emily Scheck stayed put in Buffalo to continue working toward her business degree as a student-athlete, her parents followed through on their promise, she said, right down to depositing her childhood belongings and birth certificate in her parked car and leaving with the license plates, since they were no longer paying the insurance.

“At the start, it was definitely tough,” Scheck told Outsports. “I was lucky to be in preseason the first couple of weeks because coach could get us meals in the dining hall.”

But it was clear that her jobs at a supermarket and through college work-study weren’t enough to pay her school and living expenses, so her roommate set up a GoFundMe online campaign with the goal of raising $5,000. The amount was quickly exceeded.

Then came a new challenge. Scheck was told by the college’s National Collegiate Athletic Association compliance officer that she was breaking NCAA rules. In order to keep the donations, Scheck said, she was faced with leaving the cross-country team.

The college offered to try to work with the NCAA to find another option, she said, but there were no guarantees.
With her story gaining attention, the NCAA last week said Scheck could retain her eligibility and, under monitoring from the school, continue to accept donations for living and educational expenses.

“NCAA rules and waiver precedent allow a school to assist a student-athlete with a fundraiser after a significant life event occurs,” the organization said in a Nov. 16 statement.

“She is a member of the Canisius family and we will do whatever we can to assist her,” the college responded.
On Tuesday, Scheck said she would stop accepting donations because she had received more than anyone expected ? $100,000 from more than 2,500 donors.

“Thank you to everyone who showed their love and support in this difficult time,” she said in a statement issued through the college. “The positive outreach has been unbelievable.”

Timothy Scheck said the family has apologized for the harsh messages and said comments about disowning their daughter were meant to pressure her to return home. When the parents insisted on counseling, they did not mean conversion therapy, he told The Buffalo News.

“It’s a private family matter,” he said. “We love our daughter. We accept Emily.”

He could not be reached for further comment. A home phone listing for the family could not be located this week.
Emily Scheck said that this Thanksgiving, she is “grateful for everyone in my life who have continuously been there for me.”

Her statement encouraged supporters to give to LGBT organizations to help others who are struggling. It ended: “Love is love.”