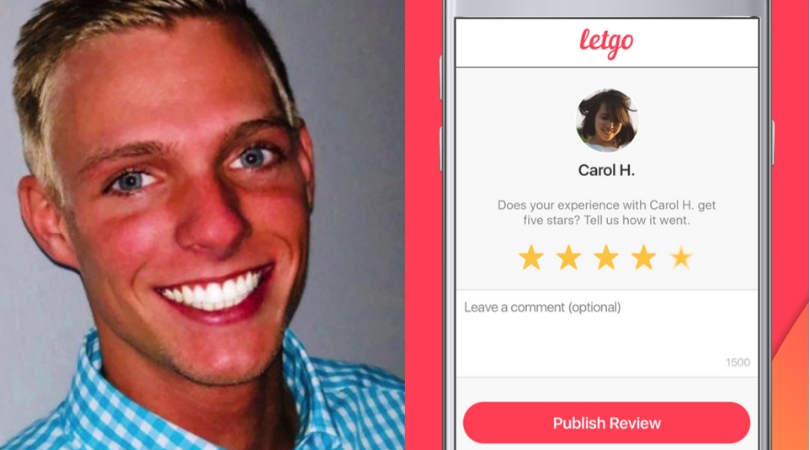 A Virginia family believe their son was murdered while trying to sell his iPhone using the popular app Letgo. The family is asking the public to take a close look at surveillance footage Richmond Police released, showing the suspect who is responsible for his death in the hopes someone can identify him. The suspect was seen minutes before the shooting occurred, walking on the 1700 block of Carver Street.

23-year-old Joshua Grey was shot and killed on September 17, 2018, after agreeing to meet up with the suspect at Mechanicsville Turnpike. Richmond police responded to a nearby convenience store at the intersection of Carver Street and Mechanicsville for the report of a person down. According to the authorities and witnesses, a wounded Grey crawled inside the store asking for help at approximately 1:36 pm.

Similar to Craigslist, Letgo is an online peer-to-peer app that helps people meet up to buy and sell items. Letgo was founded in 2015 and is available for Android and iPhone devices. The premise is much like any other selling app: snapping a photo of something you’d like to sell, posting it on the app, and chat with potential buyers. Its main focus is on local buying and selling, letting you use your location to show the items for sale in your area. According to the company, the mobile app sees about 500,000 listers every day.

The rise in popularity of apps that one can use to buy and sell items online is causing safety concerns like these from local police departments around the country. Anytime one deals with strangers, there is a risk level that some might not be aware of, which is why authorities warn the public to always take extra precaution. Experts recommend reviewing seller and buyer profiles before making any transaction and communicate with strangers only through the app.

Do you know what your stuff is worth? With our newest feature, letgo Reveal, simply point your phone's camera at any item to get a price suggestion and an estimated sell time. Ta-Da! Listing on letgo just got even easier. 💫 #letgoapp #itstimetoletgo

Greys’ case should be a reminder to those engaged in these apps by being extra vigilant of the whole situation. The number one rule one should remember is to always take extra care into where you chose to meet up with someone. Authorities recommend bringing someone if a transaction will be made at a private residence or a closed off area. Other tips that one should follow are: