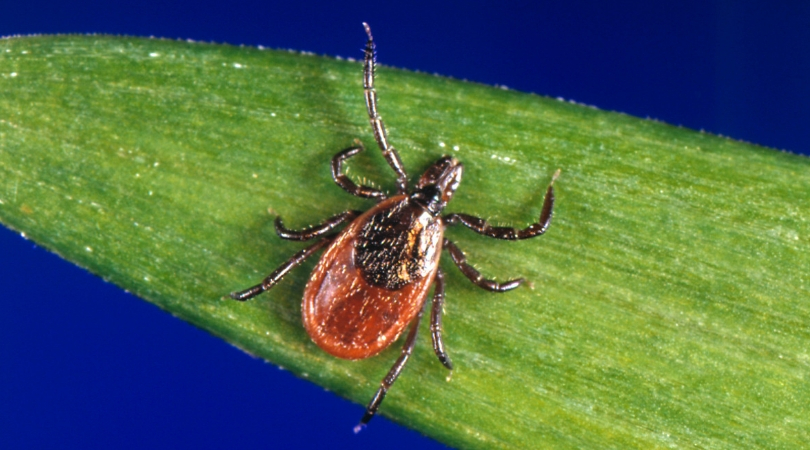 I cannot — and will never! — be convinced that there is a good ecological or scientific reason for the existence of ticks. They’re tiny little demon vampire spiders spreading Lyme disease and all other manner of disgustingness. Some may claim they’re an important food source for possums and birds, but you know what? Possums will eat ANYTHING. And birds have roughly a billion other bugs to choose from.

According to the Centers for Disease Control and Prevention, tick-borne diseases have nearly doubled since 2004. Did you know 50,000 ticks once bled a baby giraffe dry? They’re also swarming and draining moose to death in the northeastern U.S. Plus tick bites are super itchy. The CDC needs to get Elon Musk to put his mission to Mars on hold and figure out how to lure every tick on Earth into the mouth of an active volcano. Then that volcano needs to be nuked.

As if ticks weren’t agitating and horrifying enough, the lone star tick, which inhabits about half of the contiguous United States, from Texas through Iowa, to Maine and Florida, has been observed to be expanding its territory and biting more people. This trend is especially troubling because the lone star tick, which aggressively wants to drink the blood of humans, has a bite that carries with perhaps the worst tick-borne illness of all: a serious dairy and red meat allergy.

John wins #marthasvineyard. He had this female #lonestartick attached to him.

A tick that makes you hate steak, cheeseburgers, and ice cream by sucking your blood? There’s no way this thing didn’t crawl straight out of hell. Maybe next we can discover a snake whose venom makes you hate sex, music, and sunshine.

One allergist who spoke to TODAY says known cases of the infection have increased 30 percent in two years.

There are now about 5,000 known cases of the allergy in the U.S. alone, said Dr. Scott Commins, an allergist and associate professor at the University of North Carolina at Chapel Hill School of Medicine.

That’s up from 3,500 cases just two years ago. Doctors at Commins’ allergy clinic see almost 10 new patients with the allergy a week, he said.

“It does seem like it’s really growing,” Commins, who was one of the first doctors to study the allergy, told TODAY.

There is some good news, however. The alpha-gal allergy, as it is officially classified, is not permanent. The allergic reactions last only two to three years, assuming another one of these little bastards don’t bite you in the meantime. (In which case the food allergy could last longer.)

A bite from the Lone Star tick (named for the white Texas-shaped mark on its back) often causes life threatening allergic reactions to a protein linked sugar molecule called alpha-gal. The molecule is commonly found in meat which means even a nibble of your favorite bacon cheeseburger can cause itching, cramping, and even death. Below are the bugs’ newest hot spots with at least 100 alpha-gal allergy cases reported per year.

And they might, because one of the believed reasons for the spread of the lone star tick is an increase in the deer population.

One reason may be the explosion of the deer population on the East coast, said Dr. Thomas Platts-Mills, who heads the division of allergy and clinical immunology at the University of Virginia and who helped discover the link between the lone star tick and the allergy.

“This is a very odd situation: most ticks are specific for some animal, so there are dog ticks, pig ticks, cattle ticks — these ticks really don’t like humans much. But the lone star tick really does like humans,” Platts-Mills said. “We’ve got deer on the lawns and they’re dropping these ticks everywhere.”

Whelp, lock and load, guys. We’re going to have start offing deer, too. I recommend using a flamethrower.