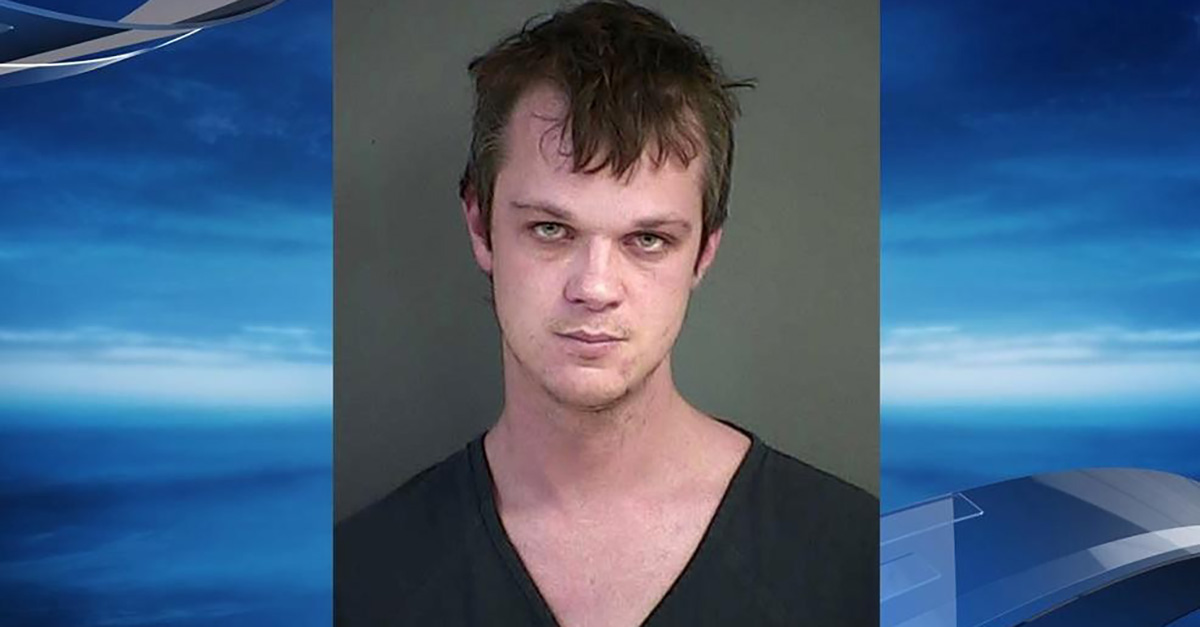 He is currently in the Douglas County Jail, with bail set at a steep $1.1 million.

RELATED: Alleged knife-fighter has a bizarre mugshot, but his raunchy armor has us chuckling

Oregon police, along with Homeland Security investigators, discovered that Rice had made the pornography videos and shared them over the messaging app Kik, according to court records, per the Daily Mail.

Investigators reportedly traced the video uploads to the Rice’s home, on which they executed a search warrant on Nov. 2. There, authorities say they found evidence that Rice had used his stepdaughter in the videos.

“During the search of the residence and the following investigation, it was discovered that one of the child pornographic images was produced at that residence,” state police told KVAL.

The Kik app has come under scrutiny before for its use in sharing child pornography, according to the Daily Mail. One reason is that Kik, unlike other messaging apps, allows for total anonymity, not asking users for any personal information such as a working phone number. The only identifiers on the network are usernames. Kik has a guide for law enforcement in which it states that names, emails and ages do not allow the company to find user accounts. A user’s exact exact username is required to determine the person’s identity. However, Kik does keep its users’ data for 90 days, and police can access it if granted a warrant.

The service’s anonymity can make it difficult for authorities attempting to track down users who are breaking the law. According to the Daily Mail, Kik allows users to search for others by age and to send pictures that are not stored on phones. That makes the app especially enticing for pedophiles and other predators, while making it harder for authorities to combat them.

RELATED: What parents say appeared on cafeteria screens had them pulling their kids out of school

Kik boasts 240 million users, and its founder and CEO Ted Livingston has claimed it reaches 40 percent of Americans between the ages of 13 and 25. Since Kik is free to use, it relies on ads to earn revenue, offering advertisers the ability to reach consumers using branded GIFs, a popular tactic to target the app’s primarily young audience, according to the Daily Mail.