31-Year-Old Man Fakes Down Syndrome, Hires Caregivers To Bathe Him 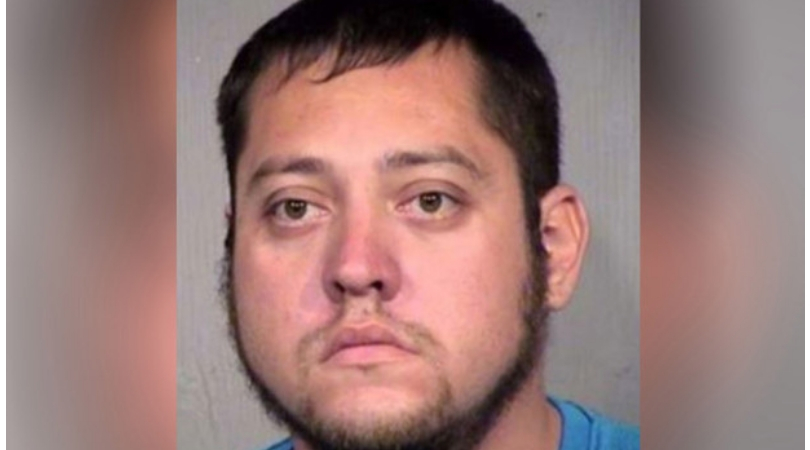 An Arizona man is accused of pretending to have Down Syndrome so he could hire female caregivers who bathed him and changed diapers. According to Authorities, 31- year-old Paul Anthony Menchaca, was arrested at his parent home in Gilbert on September 6, 2018. This after his caregiver discovered he didn’t have special needs.

The first caregiver responded in May to an ad on Carelinx.com, a website designated to help families find licensed help. Menchaca contracted the hired the women, allegedly posing as a woman named “Amy”, who claimed to be the mother of a man with Down Syndrome. The mother, ‘Amy’, asked all three victims to punish Menchaca, when he soiled his diaper by putting him in time out and taking away privileges.

The caregiver told local authorities that he helped the man bathe and change his diapers on 30 separate occasions, needed showers and grooming, couldn’t use the bathroom by himself, and acted like a child. Menchaca would act in tantrums, talk like a child, and couldn’t be alone by himself. In five separate incidents, Menchaca reportedly told her his genitals were not cleaned well enough allegedly asking the caregiver to take a shower with him. Uncomfortable with the situation, she then referred the second caregiver in July, and the third the following month.

Another caregiver hired through Care.com stated Menchaca told her he had a traumatic brain injury.  Through an interview with The Salem News, she stated,

“He did ask me a few times to come over and help him shower… I feel disgusted and very uncomfortable. I’m glad I never showered him, and he’s going to get what he deserves for fooling everybody like this.”

All three women agreed to the same terms, claiming Menchaca would become sexually aroused when being washed. Legal action was taken after the first victim became suspicious, following him back to his parents home. The woman was greeted by Menchaca’s parents and discovered the 31-year-old did not have Down Syndrome and did not require diaper changes. When confronted by the three caregivers, the man admitted to lying about have special needs.

Menchaca was a former employee as a school crossing guard of the Chandler Unified School District, he is facing charges for fraudulent schemes and sexual abuse.