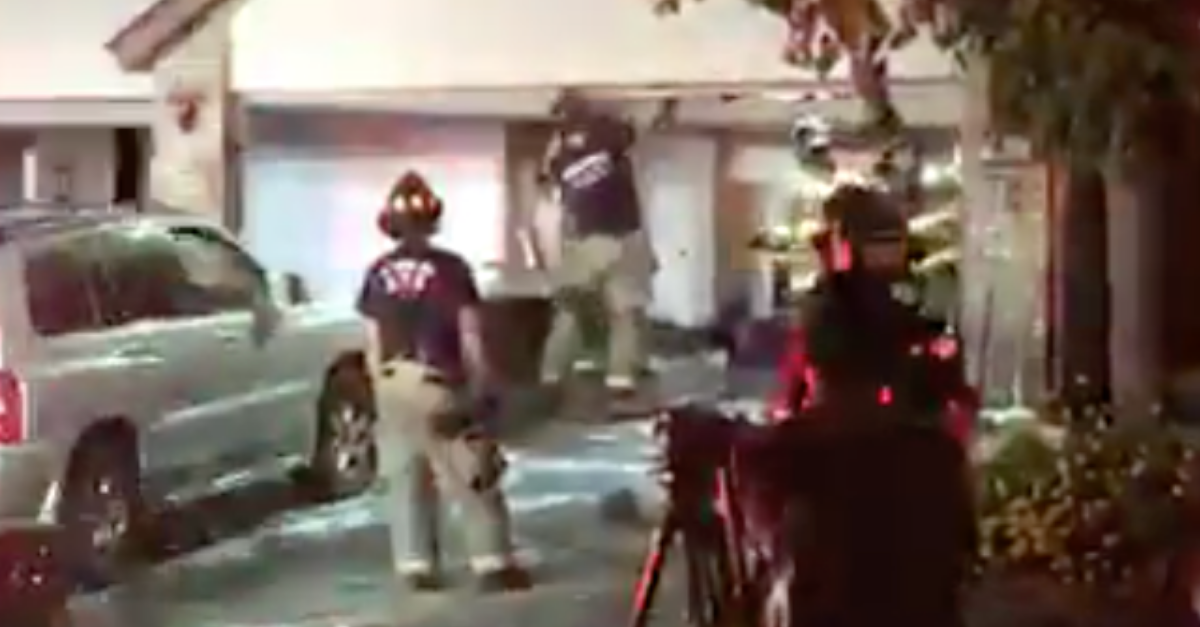 Breaking: A California man did something understandable. The man was house-sitting for his parents in Fresno when he discovered an unspecified amount of black widow spiders in the home. Doing what any reasonable human would do upon seeing a monster, he listened to 50,000 years of human evolution and sought fire to kill it with.

So the man grabbed a blowtorch and sent the spiders back to hell. Unfortunately, in the process of erasing a few abominations from the Earth, he also lit the home on fire. Though it would have been safer for everyone if the house had burned to the ground entirely, the Fresno Fire Department showed up and decided to contain the fire. (It’s not entirely clear if this was the best course of action.)

While using a blowtorch might seem like overkill… it’s not. There is no such thing as overkill with black widow spiders. If you feel like you need to, you dig a hole in your backyard, fill it with molten steel, and toss the spider in there like it’s the T-1000 from Terminator 2. Dissolve the things in sulfuric acid if you have to. All firearms are on the table as well. You go ahead and put your 12 gauge shotgun barrel a millimeter away from one of these bastards’ big red spots and pull the trigger. Kill first, ask questions never. Because you have nothing to question. You were totally in the right.

In a Facebook post Fresno City Firefighters told people, “Please don’t use a blowtorch to kill spiders.” This is bad advice unless it’s implying that a blowtorch isn’t powerful enough, in which case, okay, sure.

If you see a black widow spider in your home, be sure to remember the following:

– They are evil and must be killed at all costs.

This story was originally published October 25, 2018.