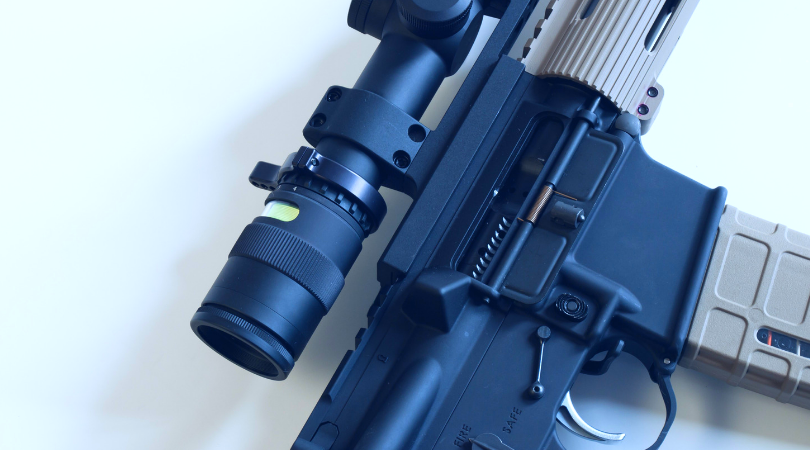 A Texas man has been sentenced to eight years in federal prison after police found him in the woods with a partially 3-D printed AR-15 rifle and a list of federal lawmakers’ addresses in his backpack.

Eric McGinnis was convicted last summer of possessing an unregistered short-barreled rifle. He also was found guilty of unlawfully possessing ammunition while subject to an active protective order that had been issued because of a 2015 altercation with a girlfriend.

McGinnis, who sentenced Wednesday, tried to buy a semiautomatic rifle in 2016 but was turned away because of the protective order, prosecutors said. According to the Dallas Morning News, McGinnis instead used a 3-D printer to create the firing mechanism for an AR-15.

Investigators said McGinnis admitted in a jailhouse phone call to a family member that he’d printed part of the gun.

“I didn’t buy a gun, I built the gun,” he said in the recorded phone call, according to prosecutors. “The upper, I printed a lower, and I built it ? installed the trigger and did all that stuff. I built it.”

McGinnis’ attorneys argued that McGinnis should not have lost his right to own guns because of the protective order.

When McGinnis was arrested in July 2017, police found a list labeled “9/11/2001 list of American Terrorists.” Investigators said the list included addresses of both Democratic and Republican lawmakers.

Prosecutors said Wednesday that they believe McGinnis had an interest in James Hodgkinson, the man who shot several Republican lawmakers at a congressional baseball practice in Virginia in June 2017.

Watch: The Truth About AR-15 Rifles