Washington, D.C’s Alfredo Pelicci lived out a protester’s dream recently when he ran into White House senior staffer Kellyanne Conway. According to Pelicci’s social media accounts, he has spent time protesting against President Donald Trump and his policies, which may explain what happened during his encounter with Conway.

Pelicci pretended to pose for a selfie with Conway, when in fact he was actually taking a video. Pelicci asked Conway to say, “I’m ruining America,” as the two smiled for a photo. After a moment, Conway realized what was going on and turned to Pelicci to tell him he must feel brave.

“You must feel really brave saying that,” Conway said to Pelicci before returning to her cell phone.

According to a recent social media post, the George Washington University Law School graduate once called President Trump a “R(acist)-U(nqualified)-M(isogynist)-P(iece of ?).” 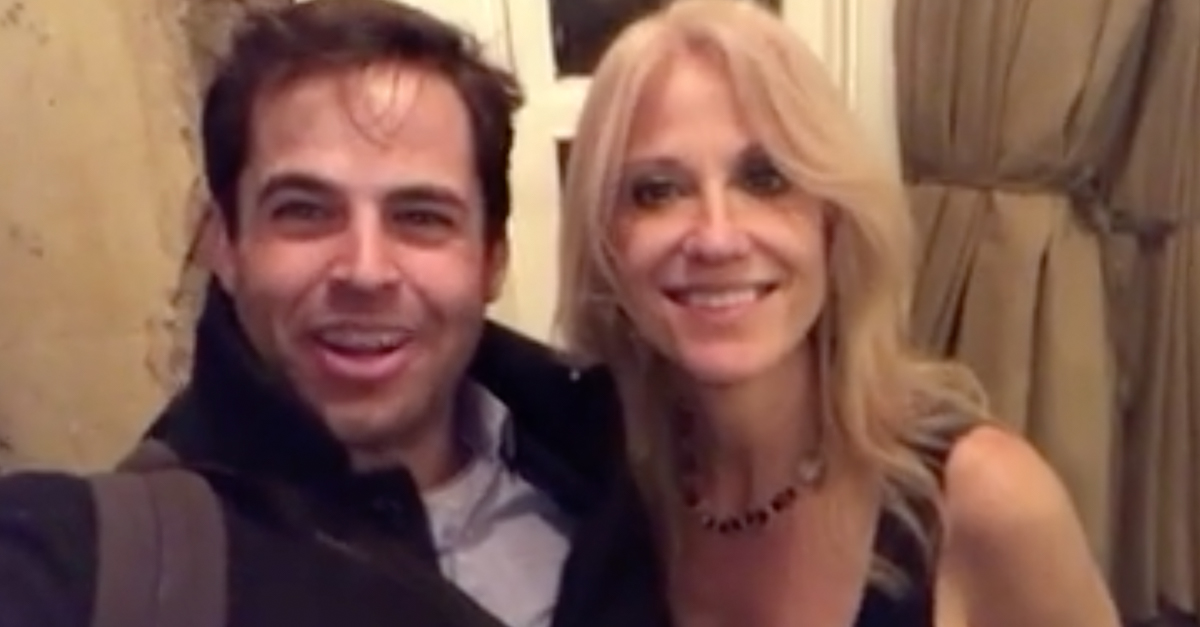