Waffle House might not close for hurricanes, but this location in Tuscumbia, Alabama is probably going to need to take a few days off to patch up their ceiling after the guy who was inexplicably crawling around in it fell through and started fighting customers in order to escape.

This wasn’t a maintenance worker, or even a customer. Some guy went into Waffle House, went to the bathroom, took off his jeans, tied his jeans to the bathroom door in order to lock it, and then used the sink to climb up into the ceiling. A few minutes later, pantsless and in the midst of God knows what, the guy fell through the ceiling and started swinging. (To be fair, it’s understandable for someone to lash out when they feel embarrassed.)

A Waffle House employee caught it all on video.

This is some Grade A redneckery. It’s probably both irresponsible and unfair to make assumptions about this guy’s motives and life situation but let’s go ahead and do that because, screw it, he fell through the ceiling of a Waffle House without pants on and started fighting strangers.

What sort meth debt do you have to climb into the ceiling of a Waffle House to hide out in there? He couldn’t have been hiding in the ceiling in order to rob the place after it closed because Waffle House never closes. There’s no way someone who lives in Alabama doesn’t know that.

The man, 27-year-old Birmingham resident Wesley Glenn Bost, was able to escape on foot, even after leading police on a short car chase and abandoning his car, but the authorities are well aware of who he is, because he left his pants in the bathroom, and his pants had his wallet in them. It’s doubtful this guy is going to escape justice… unless he’s found a new Waffle House with a much sturdier ceiling to hide in.

Gotta be an Auburn fan. 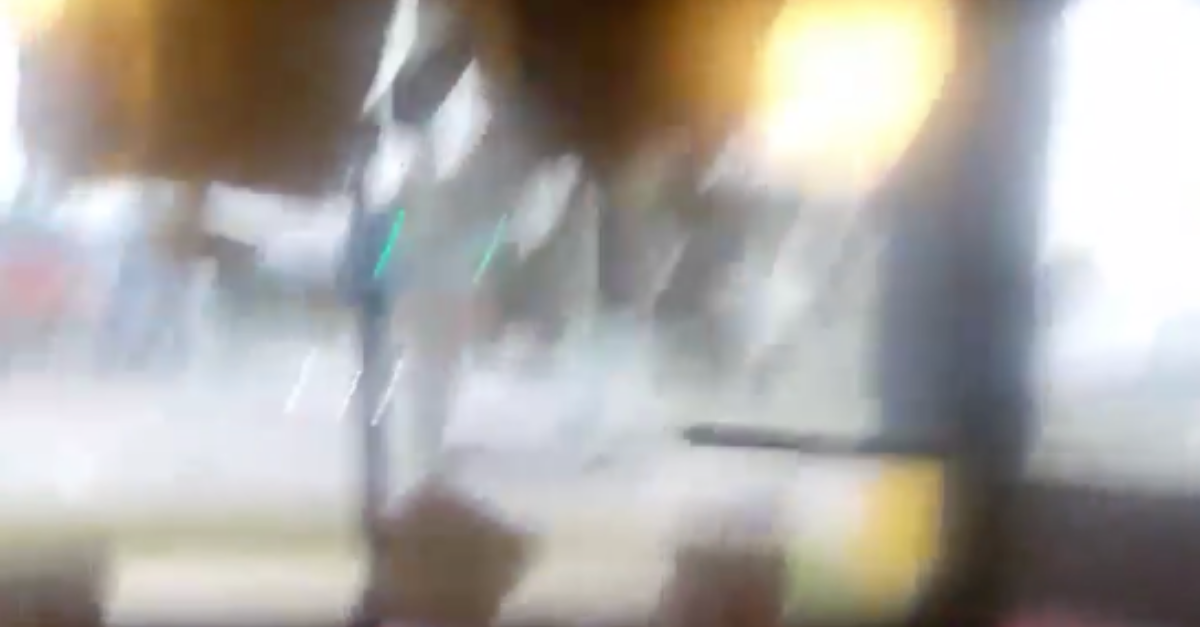