CeFaan Kim, WABC-TV, was wrapping up a live report in New York City’s Lower East Side Friday night when a man in a hockey mask interrupted his coverage. The man put his arm around Kim and said, “Put the camera on me! What’s up! What’s up!” just as Kim was finishing the broadcast.

RELATED: Dramatic video shows an undocumented immigrant father being arrested as he drops off his children at school

The incident then turned violent as Kim struggled to get away from the assailant. The masked man eventually pushed and shoved the reporter to the ground. Kim, who is a U.S. Army Reserve sergeant, got right back up and confronted the man.

“I didn’t attack you…you attacked me!” the man yelled before running off.

“Thank you to everyone who was concerned about my well being,” Kim wrote on Facebook on Saturday morning. “Guy totally snuck up on me. He wouldn’t get off me so I shoved him off and then he pushed me to the ground. Thank you to my crew and the random stranger who kept us separated and calmed me down in the heat of the moment… because I’m not gonna lie… when someone puts their hands on you, it’s hard not to get amped up.”

Police are searching for the masked man and have asked anyone with tips to call the 7th precinct or CrimeStoppers at (800) 577-TIPS.

This is the man who attacked me last night during a live broadcast. If anyone has seen him around please give the 7th precinct a call. pic.twitter.com/enkqQe0mxC 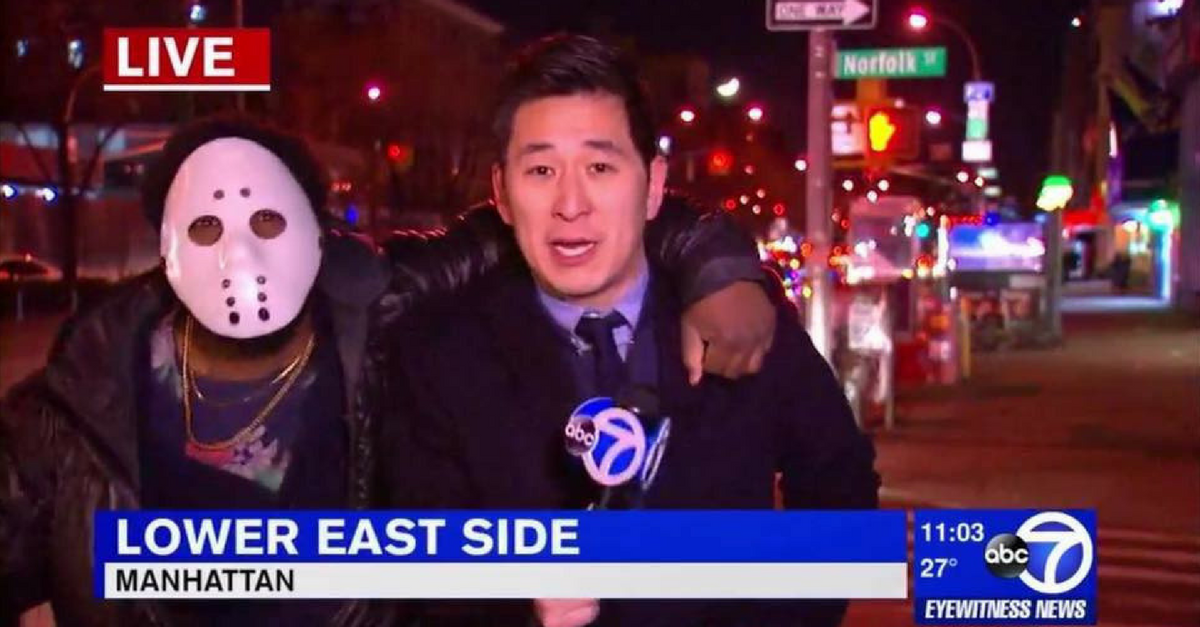