Menu
Follow us
Search
Menu
Search
CHICAGO, IL - MAY 03: Former President Barack Obama moderates a roundtable discussion at the South Shore Cultural Center about the Obama Presidential Center, which is scheduled to be built in nearby Jackson Park, on May 3, 2017 in Chicago, Illinois. The Presidential Center design envisions three buildings, a museum, library and forum. Obama was accompanied at the event with his wife Michelle who was making her first trip back to Chicago since leaving the White House in January. (Photo by Scott Olson/Getty Images)

An Oregon man who made threats to kill former President Barack Obama over social media will serve five years in federal prison.

Roos was also sentenced to three years of post-prison supervision upon his release.

According to a U.S. Department of Justice news release, Roos pleaded guilty to charges related to the threats and other charges for possession of an unregistered explosive device.

Roos said in court that he threatened to kill Obama and the former first family on Twitter. According to the release, Roos had also posted threats to kill FBI agents with hunting rifles on Facebook.

Roos has said the threats were not serious. 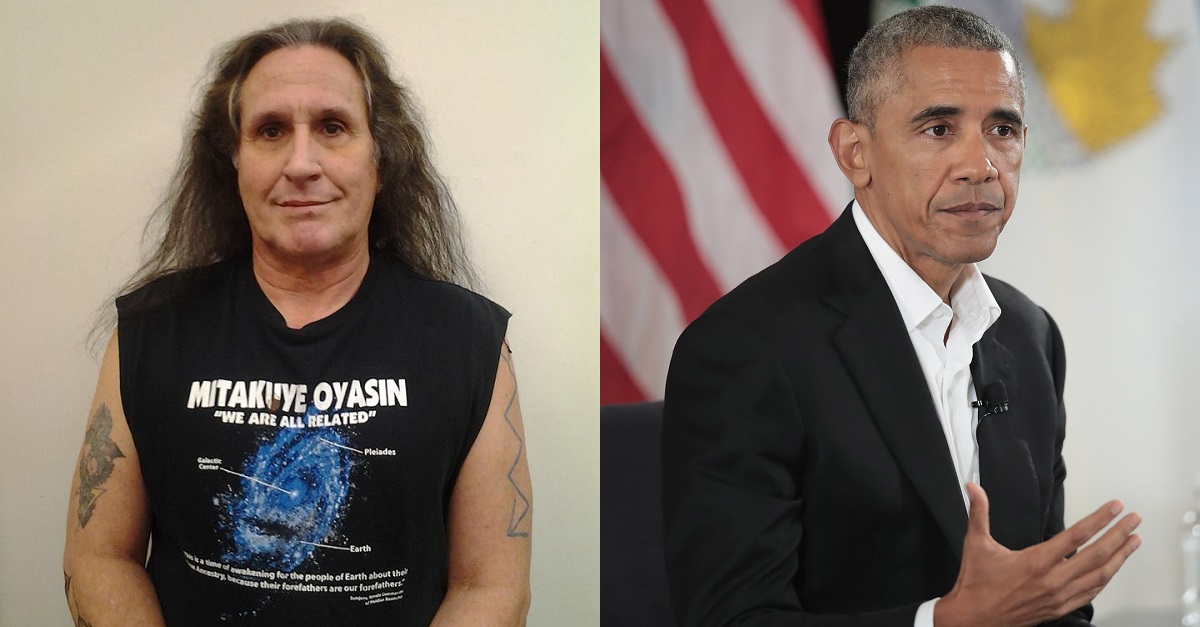