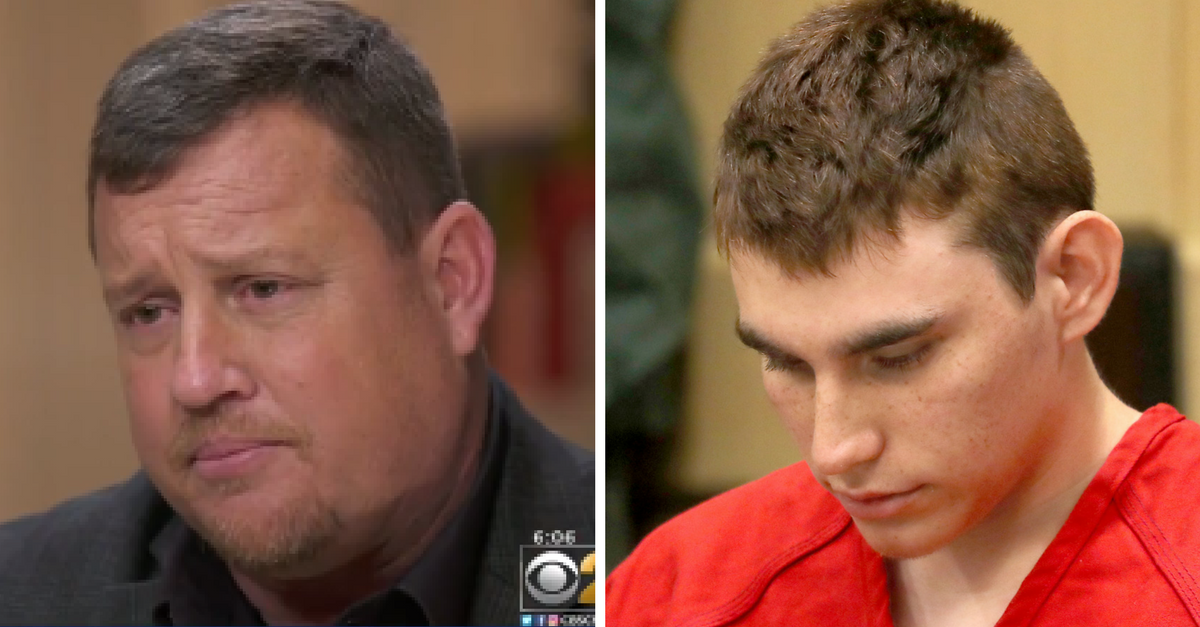 Despite last week’s tragic shooting at a Florida high school, the man who had been housing gunman Nikolas Cruz after his mother’s death still believes it’s his “right” to own the weapon he used to kill 17 people. During an interview with CBS News’s John Blackstone, James Snead admitted to not knowing exactly how many or what kind of guns Cruz had been bringing in and out of his house, but added he was unconcerned.

“I knew he had five or six; I didn’t know what kind they were,” he said. “It didn’t matter what kind of guns they were. I have guns. I respect guns as long as they’re handled properly, safely. And one of the stipulations before moving in was to have a gun safe before he moved in.”

RELATED: Florida couple who took in Nikolas Cruz after mother’s death are “furious” and “heartbroken”

When Blackstone questioned whether a teenager owning five or six firearms, including an assault rifle, “seemed a reasonable thing,” Snead bluntly said, “It’s his right to own a gun.”

“It’s his right to have it,” Snead shot back before revealing if his feelings on the matter have changed after the tragedy. “No. Nope.”

The devastating shooting has brought the topic of mental health and gun-ownership into conversation in the public sphere, with many questioning whether or not someone like Cruz, who reportedly suffered from depression, ADHD and autism, should face stricter gun regulations. Snead, however, indicated that he wasn’t worried about the teenager having access to guns.

“We put him on a positive path, trying to heal. And he just blew it. Just—” his wife Kimberly added.

RELATED: Florida massacre hero is honored with posthumous admission to West Point and so much more

During the interview, Snead also admitted he thought there was just one key to the safe in which Cruz was required to store his weapons. Now, however, he believes there may have been two keys and that Cruz had the other.

“We feel heartfelt sorrow for the families involved,” he said when asked if he feels any responsibility for the fatal shooting. “As far as being responsible, feeling responsibility, you know we worked that out and there was nothing different we would have done.”