Menu
Follow us
Search
Menu
Search
Syrian refugees arrive aboard a dinghy after crossing from Turkey, to the island of Lesbos, Greece, on Sunday, Sept. 20, 2015. A boat with 46 migrants has sunk Sunday in Greece and the coast guard says it is searching for 26 missing off the eastern Aegean island of Lesbos. (AP Photo/Petros Giannakouris)

A Reuters poll published today shows that, despite well-broadcasted outrage and protests on both coasts, a full 49 percent of Americans polled either fully or partially support Donald Trump’s immigration ban. That’s more than the 41 percent of those surveyed that did not support the ban. Ten percent of respondents said they did not know.

The online poll was administered in English over Jan. 30 and 31, with a sample size of 1201 people from all 50 states. Respondents self-identified a political party, with 453 Democrats and 478 Republicans responding. It was conducted by Reuters and Ipsos, a global market research firm. They also asked Americans whether they felt more or less safe; 41 percent felt more safe and 26 percent reported feeling less safe.

The divisions were stark and measured on party lines. Reuters reports that those who identified as Democrats were over three times as likely to say the United States should welcome immigrants and refugees. Meanwhile, Republicans were more than three times as likely to say that banning people from Muslim countries was “necessary” to prevent terrorism.

Whether the United States should discriminate by religion is less clear. Of those polled, 56 percent disagreed with the statement that we should “welcome Christian refugees, but not Muslim ones.” That 56 percent is made up of 72 percent of Democratic respondents and 45 percent of Republican respondents. 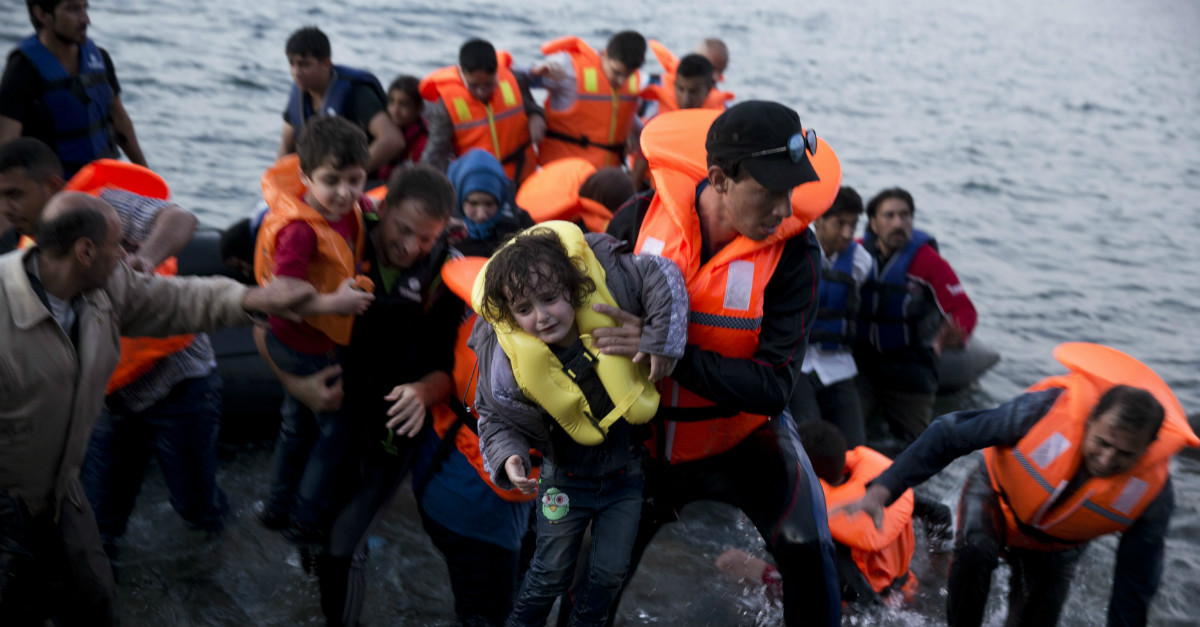