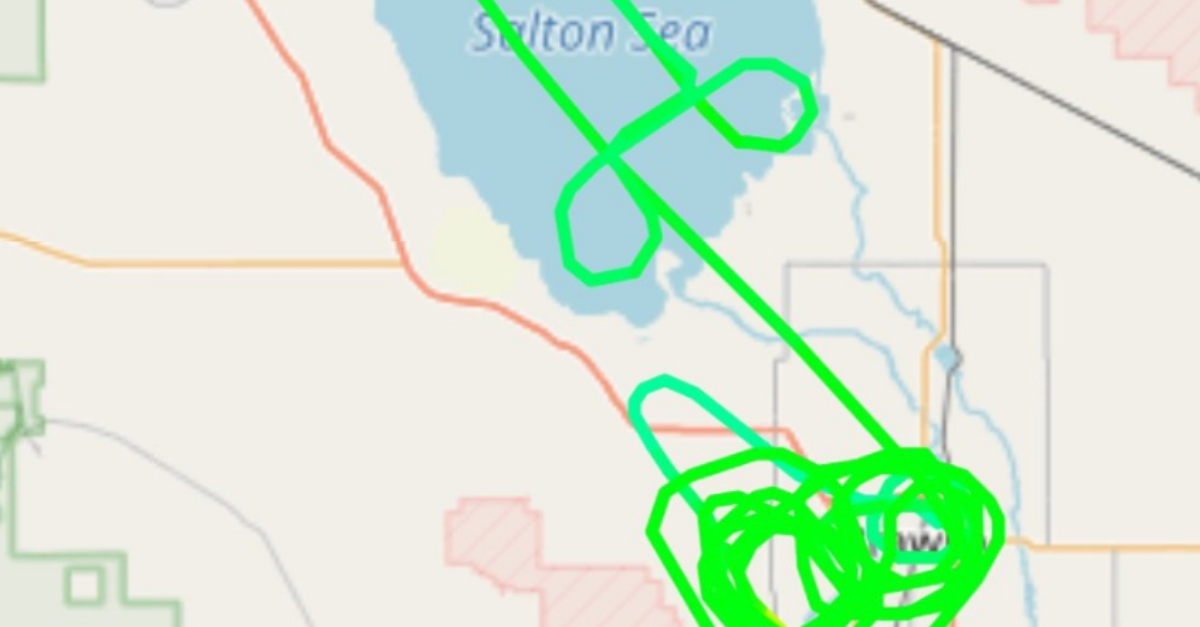 A United States Marine Corps pilot is in some trouble for his truly beautiful aerial artwork. Specifically, he drew a fat wiener with his flight path. Turns out that didn’t sit too well with his (the gender of the pilot is technically unknown but, c’mon) superiors. Yeah, the Marines aren’t super into dick related hijinks on the job.

According to Aircraft Sports, the phallic navigation was done by a US Navy T-34C, part of Marine Fighter Attack Training Squadron 101, that took off from Marine Corps Air Station Miramar in southern California.

Somebody needs to have a word with the crew of US Navy T-34C 160937 SHUTR91 out of MCAS Miramar 😂😂 pic.twitter.com/WgrgkKzRln

How can you punish a pilot this talented? That dick is perfect. Perfect. Look how straight the shaft is. Look how symmetrical the head and balls are! It’s a wonder this thing doesn’t have pubes and veins on it. I’m 100% convinced this pilot could pull that off. It’s comforting to know our military has such talented pilots at its disposal.

Major Joseph Patterson condemned the prank on the local news, telling local news that the obscene gesture does not represent the values of the United States Marine Corps. Which… eh.

The Marines intend to investigate the incident to determine if a punishment will be necessary for the pilot responsible for the invisible sky dong. I would pay good money to be present at any and all of the hearings revolving around SkyDickGate. I bet some Top Gun looking pilot did this. He’s going to swagger into that hearing and talk about how more pilots need to have balls. Balls like the ones on the dick he drew. Big, hairy nuts. For America.

Then he’s going to put his aviators back on, say, “If you need anything else, you know where to find me,” walk out despite not having been told he can leave, hop on his hog, with a waiting blonde on the back of it, and speed off into the distance. We salute you, sir.

This story was originally published October 25, 2018.