A Maryland State Police trooper stopped a California license plates tractor trailer traveling 70 in a 55 MPH zone, without knowing the truck was hauling enough fentanyl to wipe out entire District of Columbia.

According to authorities, the traffic stop occurred Monday, July 23 at 2:35 a.m., Southbound I-270 near Falls Road. During the traffic stop, the trooper sensed the truck driver, 41-year-old Marco Popovich from San Diego, was nervous. The trooper proceeded to follow protocol and radioed for a K-9 unit to the area.

The trained K-9 quickly located a black duffle bag inside the truck’s cab. The bag allegedly contained 15.1 pounds of fentanyl and heroin. The K-9 also located 8.4 pounds of an “unknown white powder substance” in the trailer of the truck. Authorities stated the total street value of the seized narcotics is well into the millions. In total, authorities found 4,900 grams of heroin (four bricks), 1.950 grams of fentanyl (one brick), and 3,790 grams of powder substance (two bricks).

According to #DEA data, there was enough fentanyl alone to cause 780,000 people to fatally overdose.

Total street value is well into the millions. pic.twitter.com/JzPVytazpO

According to the Drug Enforcement Administration, 2.5 milligrams of fentanyl is enough to cause a fatal overdose. Meaning, the amount of fentanyl confiscated from the trailer could have killed 780,000 people in the District of Columbia, where the current population is 703,000.

The National Institute of Drug Abuse, also known as the NIDA, stated that fentanyl is an extraordinary risky drug. The National Institutes of Health agency funds research to determine the consequences and causes of drug use and addiction, employing around 350 people at its Rockville offices.

NIDA studies have found that nearly 10 percent of all drug users become addicted on average. Yet, when the drug use involves fentanyl or hearing, that number jumps to between 30 and 40 percent. Experts believe the use of this drug will only get worse before it gets better.

The Mexican native is now in MoCo custody on a no bond status. He’s married with two children.

Authorities hope Popovich points them to the source of the deadly drugs. pic.twitter.com/NkeKVeL5Gj

Synthetic fentanyl is relatively new to the scene, and is 40-50 times more powerful than heroin, and 50-100 times more potent than morphine, according to the DEA. It is most prevalent in areas like Maryland, FLorita, D.C., Ohio, Massachusetts and West Virginia.

However, the drug is taking hold nationwide. Recently, it was discovered that dealers have started to add fentanyl to marijuana, cocaine, painkillers like vicodin, and methamphetamine. The marketing ploy is generating more addicts, unaware of what they are ingesting.

MORE: For context, this is considered a fatal dose of fentanyl – approx. 2.5 milligrams.

Fentanyl is 50-100 times more powerful than morphine, and highly addictive.

Experts says users are seeking out dealers who’ve caused fatal overdoses all in order to secure a stronger high. pic.twitter.com/Uz5gaseseQ

Experts also stated that when users develop a tolerance to heroin, they upgrade to fentanyl. There have been reports of people seeking out dealers associated with fentanyl overdoses, in hopes of securing the “greatest high”. In 2016 there were more than 20,000 fatal fentanyl overdose in the United states.

According to court documents, Popovich owned his own trucking company, Popovich Transport, for more than a decade and is being held without bond in Montgomery County. He is facing more than 90 years in prison, but could likely broker a lucrative deal by sharing entail about the hierarchy of the fetal/heroine totem pole. 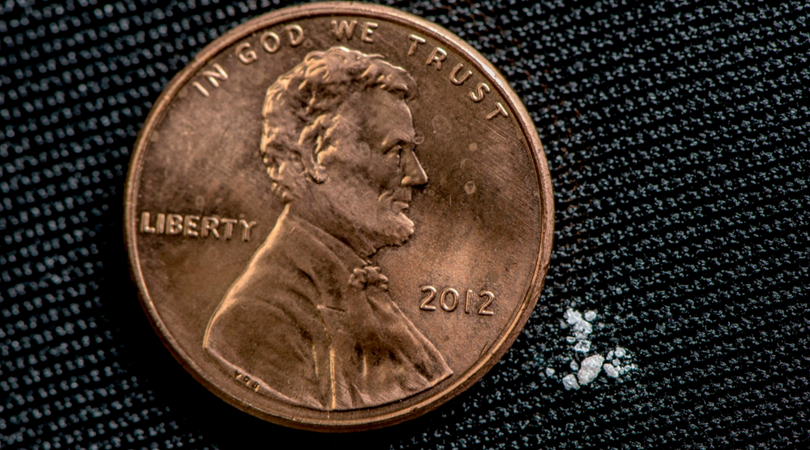