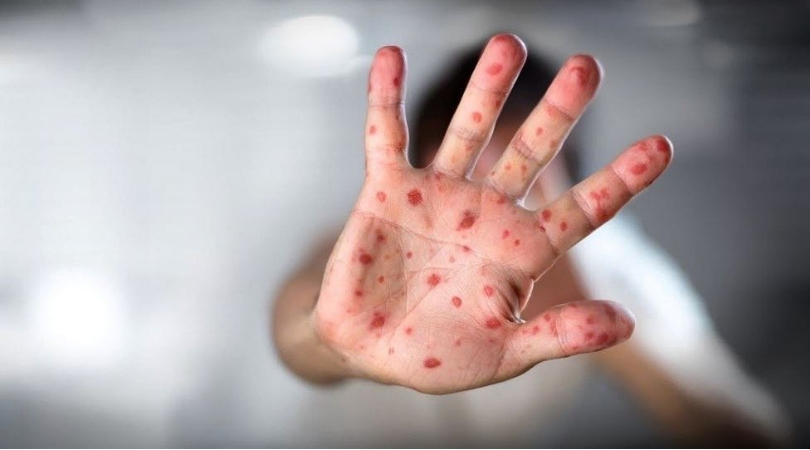 New Jersey health officials are warning the public of a possible measles exposure in both New Jersey and New York after an international traveler with a confirmed case of measles arrived at Newark Liberty International Airport and visited several locations in Rockland County.

The New York State Department of Health and the New Jersey Department of Health are working to identify people who may have been exposed. The passenger arrived at Terminal B, flying into Newark Liberty in New Jersey from Israel on September 28, 2018. Authorities stated anyone who was in the airport on September 28 between 5:30 a.m. and 10:30 a.m. may have been exposed to measles. If infected, symptoms could develop as late as October 19.

Anyone who visited the following locations in New York, Rockland County, and New Square may have been exposed to measles:

These times reflect the period the infected individual was in the area and a two-hour period after he or she left since the virus remains alive in the air and on surfaces for up to two hours. Individuals are considered immune or protected to measles if they were born before 1957, have received two doses of measles, mumps, rubella vaccine, have had measles disease or have a lab test confirm immunity. Individuals who are not immune to measles and were exposed are at high risk of developing the virus.

If you believe you have been exposed, you are asked to contact your health care provider if symptoms start to occur. Symptoms include rash, fever, conjunctivitis or a runny nose, and cough. Symptoms usually appear 10-12 days after exposure but may appear as early as 7 days and as late as 21 days after exposure.

Measles is a highly contagious respiratory disease that is caused by a virus spread by direct contact with nasal or throat secretion of infected people. People first develop a fever then continue with a cough, runny nose, and watery eyes, followed by the appearance of a rash. People are considered infectious four days before to four days after the appearance of a rash.

To prevent the peak of the illness, the department of health is advising individuals who may have been exposed and have symptoms consistent with measles, to contact their healthcare provider local clinic or emergency department for care. This will help prevent other for being exposed.