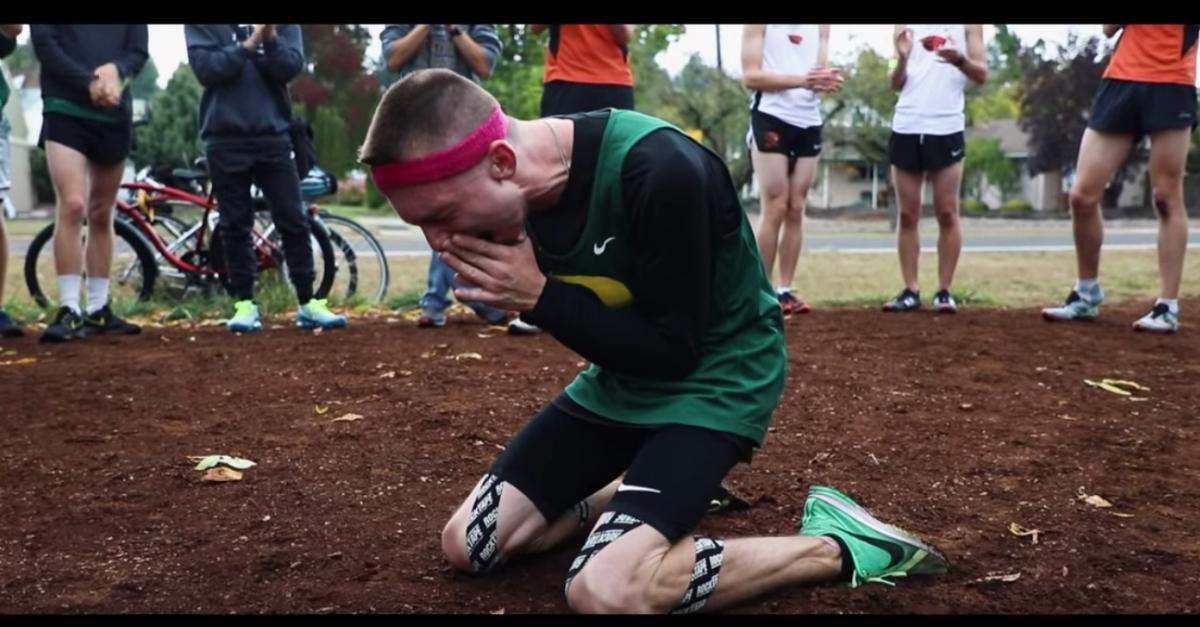 Justin Gallegos is a college junior at the University of Oregon. He loves spending time with friends and cheering on the Oregon Ducks at Autzen Stadium, but his true passion is long-distance running. Crossing the finish line at the 2018 Eugene Half Marathon in Eugene, Oregon was a major milestone for the U of O Running club runner back in April, but this past week Justin got the surprise of his life after a recent race. Nike announced Justin was getting signed and with it, becoming the brand’s first professional athlete with Cerebral Palsy.

Cerebral Palsy, a congenital disorder of movement, muscle tone, or posture. As a child, Justin had to use a walker to assist him until he was in Kindergarten. He recently wrote on an Instagram post that he was, “once a kid in leg braces who could barely put one foot in front of the other”. Now he clocks in a little over a seven-minute mile and dreams of breaking the two-hour barrier on the half-marathon.

At a recent cross-country race Nike?s Insight?s Director, John Douglass surprised the runner with a three-year contract with Nike Running. You can watch the emotional video filmed by Elevation 0m which was released on October 6, Cerebral Palsy awareness day.

This isn’t the first time Nike heard of Justin’s incredible story. Back in the winter of 2017, Justin had set a goal for himself to run a half-marathon in his college town. Running the race would mean he would become one of the few runners in the world with Cerebral Palsy to complete a half-marathon without assistance.

Justin reached out to a friend in Nike Running and shared his goal. The team at Nike Breaking2 was quick to work with Justin and study his running gait to provide him with the best running shoe possible. They landed on a Nike FlyEase version of the Nike Air Zoom Pegasus 35 which features a zipper on the back for runners to put on the shoe without assistance.

Justin crossed the finish line of his first half-marathon with a time of 2:03:49, barely missing his goal. However, it’s just the beginning for this professional athlete. He plans on running another half-marathon soon with a full marathon in the future.

Read: Runners stopped dead in their tracks when someone uninvited tried to take first place