On Thursday in Pennsylvania, Melania Trump, wife of Republican presidential nominee Donald Trump spoke to a crowd of his fans.

Mrs. Trump has been mostly absent from the campaign trail over the last few months, though she has made some TV appearances by herself and with her husband.

In her first speech for her husband, she said that her husband’s campaign was “a movement:”

Melania Trump gives her first speech since the RNC in July: "This is not an ordinary campaign, it is a movement" https://t.co/A7Q3Ts5NH2

She spoke on her background as an immigrant and how it helped her appreciate the values of “freedom and opportunity:”

Melania Trump: As an immigrant, "no one values the freedom and opportunity of America more than me" https://t.co/8p9H4htteZ

Trump spoke about her husband and his drive for the country:

Melania Trump on Donald Trump: "Donald knew he could not sit by anymore and watch what was happening in our country" https://t.co/R4ahmvAuuK

She promised that as First Lady she would not only advocate for women and children, but that she would focus on the impact of bullying on social media:

Melania Trump: As First Lady, I will be "an advocate for women and for children" https://t.co/6OZtrfIwim https://t.co/TAZq5xOynQ

Melania Trump: “Like anything that is powerful,” social media can have a “bad side” https://t.co/6OZtrfIwim https://t.co/GYfPEMoiom

Melania Trump on bullying: Children and teens are hurt when "they are made to feel less in looks or intelligence" https://t.co/2mRPudD9Gp

RELATED: People think what Melania Trump wore to the debate made a statement about his controversy

In a recent interview with her husband, Melania explained what things she would focus on if she is to become the next First Lady.

“I will focus on helping children and women, and also about social media,” Melania told ABC.

“In this 21st century, what’s going on, it’s very hurtful to children. To some adults as well, but we need to take care of children.”

Prior to her speech, Trump wished his wife luck on Twitter. 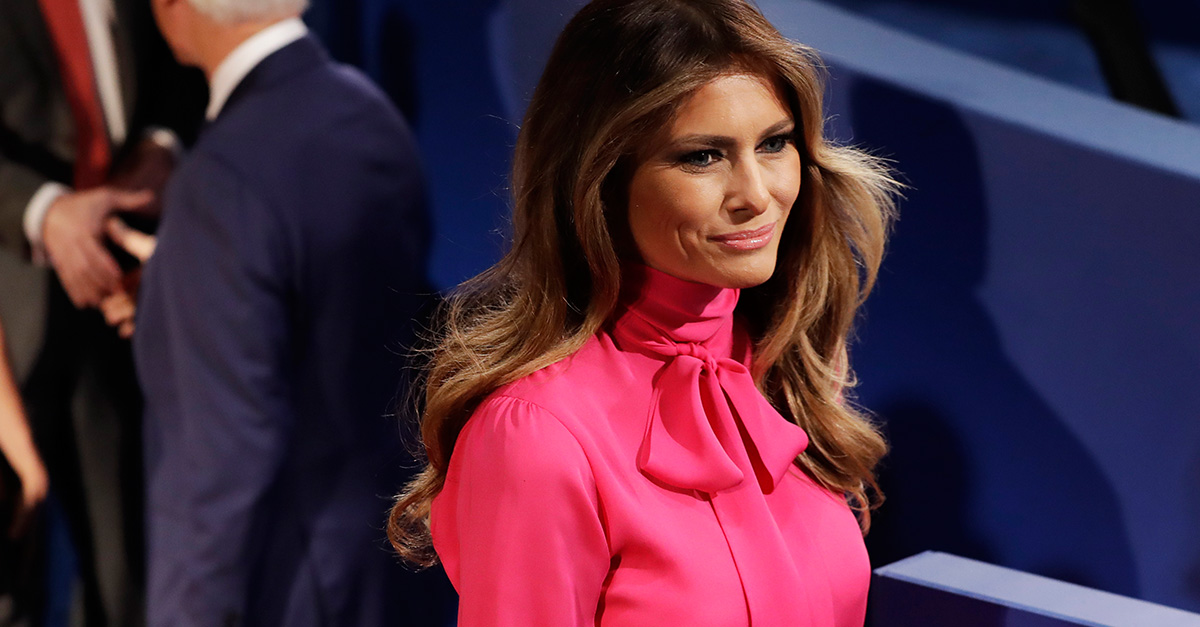