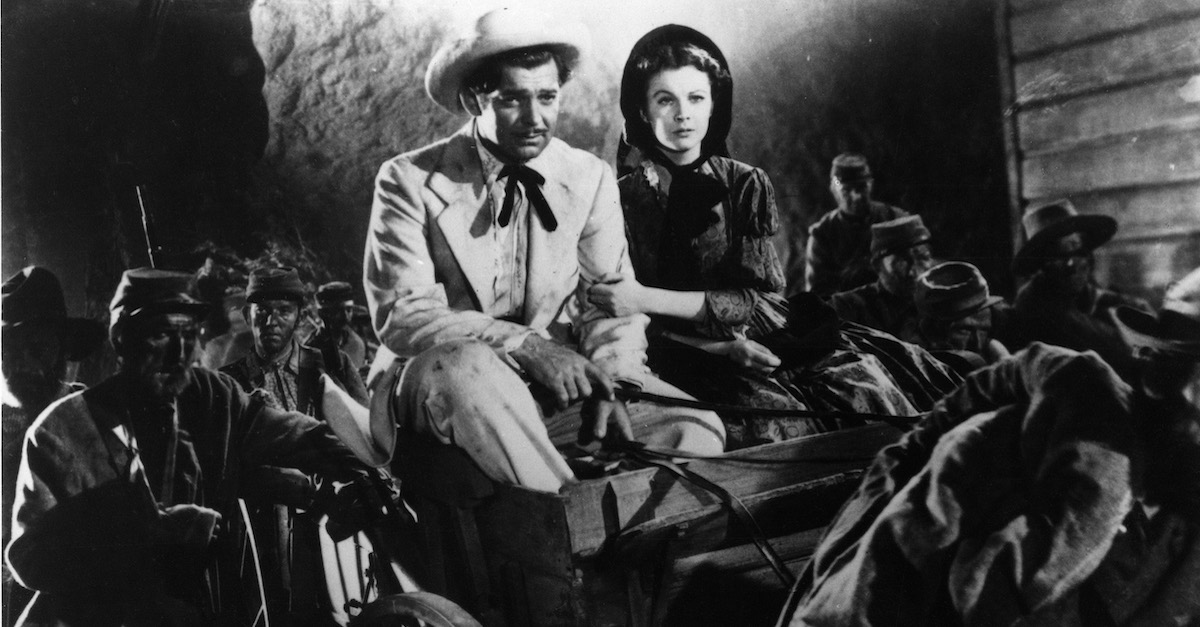 AP Photo
Rhett Butler (Clark Grable) and Scarlett O'Hara (Vivien Leigh) get a first-hand look at the Civil War as they drive a wagon through a column of retreating toops in the 1939 movie "Gone with the winds" a feature presentation on NBC 11/76.

The Orpheum Theatre Group in Memphis, Tennessee, announced that it will not include 1939 classic “Gone With the Wind” in its summer movie series next year.

“As an organization whose stated mission is to ‘entertain, educate and enlighten the communities it serves’, the Orpheum cannot show a film that is insensitive to a large segment of its local population,” the theater said in a statement.

The theater was speaking of the city’s demographics, which is 64% African-American.

RELATED: Parents outraged after a preschool took students on trip to a gun range

The decision was made after the film “generated numerous comments” this year. The theater showed the film for years leading up to the decision.

The reaction on social media has been marked by division.