Menu
Follow us
Search
Menu
Search
Actress Meryl Streep poses for photographers as she arrives for the screening of the movie "Florence Foster Jenkins", at the Rome Film Festival, in Rome, Thursday, Oct. 20, 2016. (AP Photo/Andrew Medichini)

Actress Meryl Streep has renewed her harsh criticism of President Donald Trump and his policies, and has spoken of the need to stand up to what she called “brownshirts and bots and worse” since she first criticized the president at the Golden Globes in January.

In a speech to the annual gala of the Human Rights Campaign, a leading national LGBT group, the actress also jokingly referred to Trump’s description of her as overrated — saying she is actually “over-berated” right now.

In remarks that occasionally turned tearful, she also said the new president has awakened the country to how fragile freedom really is.

Streep, who received her 20th Oscar nomination in January, said the weight of all her honors compels her to speak out, despite the fact that it goes against her natural instincts to do so. 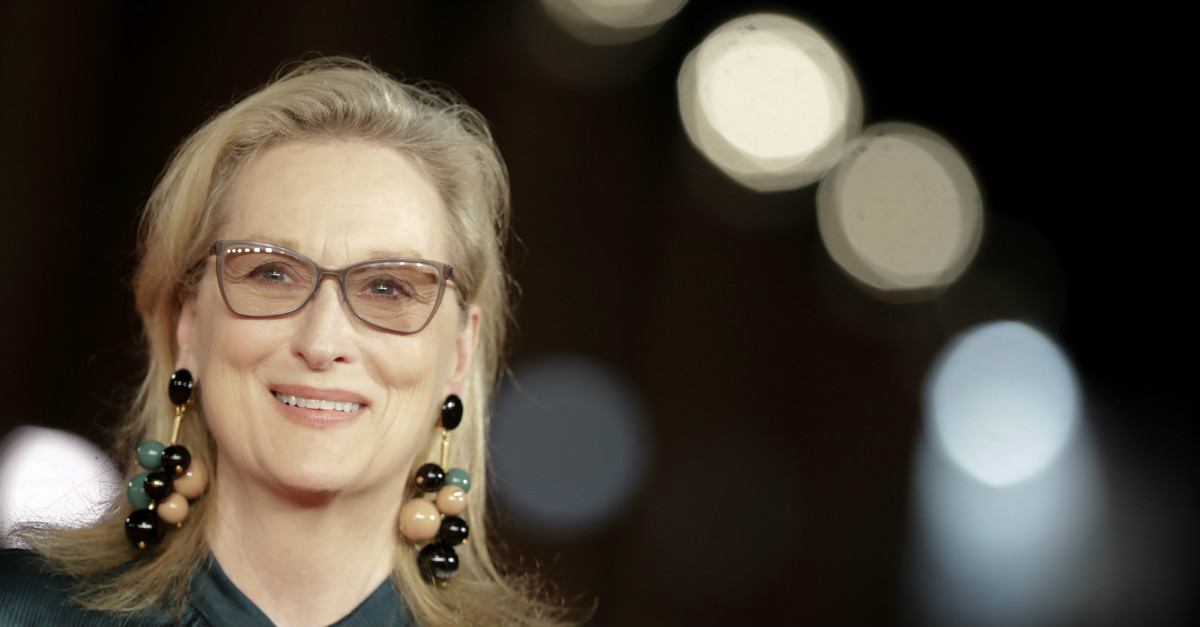