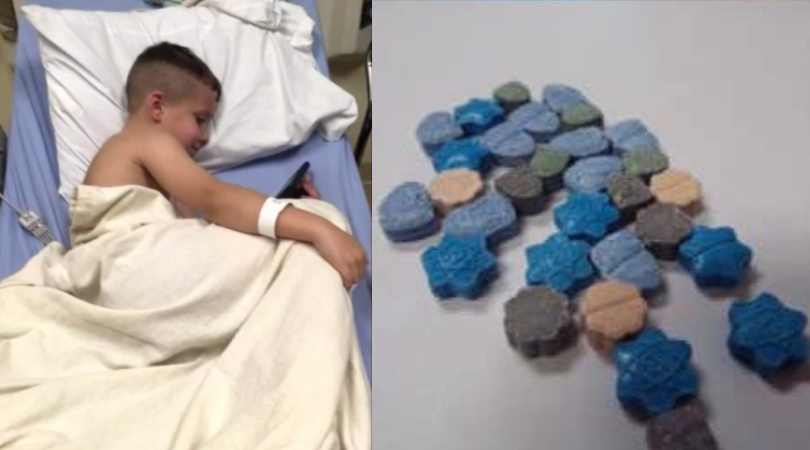 Some people just can’t let the holiday’s pass without doing something dumb and unnecessary. Police in Ohio are warning parents to double check their children’s candy after a 5-year-old boy tested positive for methamphetamines from eating candy he collected while trick-or-treating on Sunday night.

According to his mother, Braylen Carwell was playing with a vampire mouth toy he got that evening, when a few seconds later he started began to have a seizure. The boy’s face was drooping, he was not able to move his left arm, and had no recollection of where he was or what he was doing at the time.

The Galion Police Department alerted residents through a Facebook post to check children’s candy twice before consuming since they suspect they have been laced with drugs. They also let parents know that officers would stop by their home to collect any items that one does not want to touch. The candy was immediately sent to the crime lab for testing. Thankfully, the 5-year-old boy is expected to make a full recovery.

This isn’t the first incident involving linked substances and candy that could potentially affect children. Police in Georgia also warned parents to be watchful with Halloween candy, after meth pills that looked like sweetarts were discovered in the community. Police took to social media on October 22, stating the candies were “stamped” so they could resemble the popular children’s brand.

According to the Dublin Police Department, Omegus LaFrank Coverson was arrested and charged with possession of methamphetamine with the intent to distribute, which also resembled Flintstones vitamins. He also faces marijuana and drug-related object charges. The Facebook post read,

“While it is not a custom of drug dealers to target children, officers of the department took the initiative to send out a public awareness announcement in order to educate our community as to the existence of this type of drug and its resemblance to children’s candy.”

Police explain that one reason that drug dealers ‘stamp’ or form their pills to look like children’s candy is to evade detection by law enforcement. Police are asking parents to check their children’s candy repeatedly to avoid them eating any hazardous idem.

Some safety tips include: