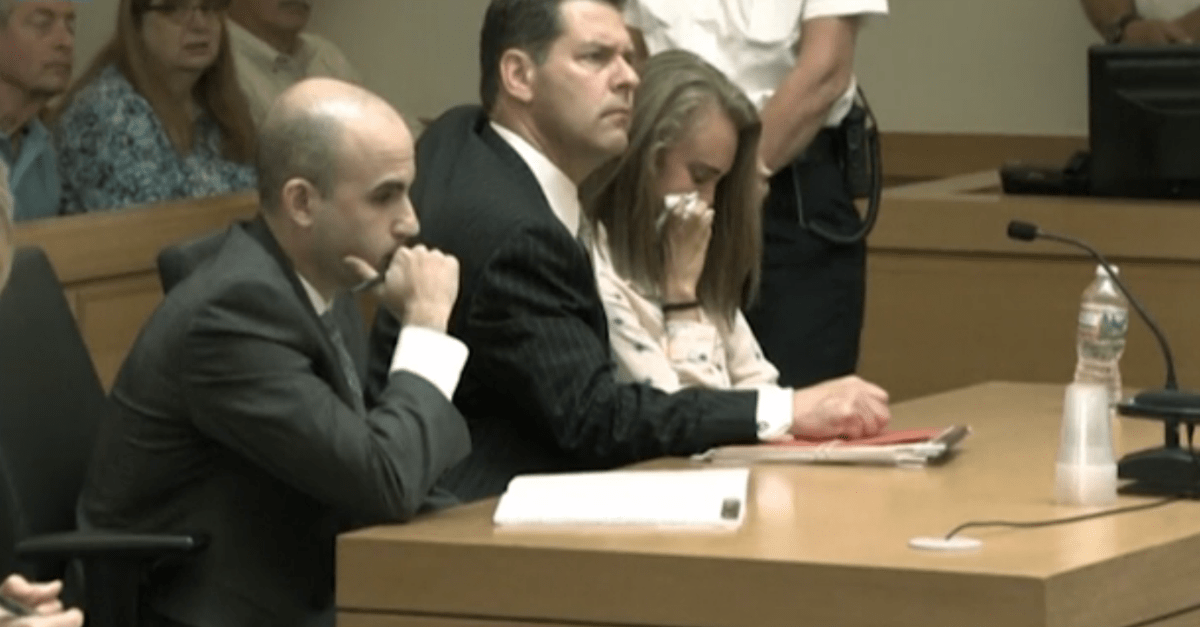 Michelle Carter, the young woman who encouraged her late boyfriend to commit suicide, was found guilty of involuntary manslaughter by a Massachusetts judge. She could spend up to 20 years in prison.

A video from the courtroom, made available by the Daily Mail, shows Carter’s face when she learned her fate.

RELATED: She relentlessly urged her boyfriend to kill himself and the texts she sent are beyond saddening

Carter held a tissue to her face and hung her head as the judge began his speech.

He then asked her to stand while he handed down her sentence, prompting an emotional reaction from Carter.