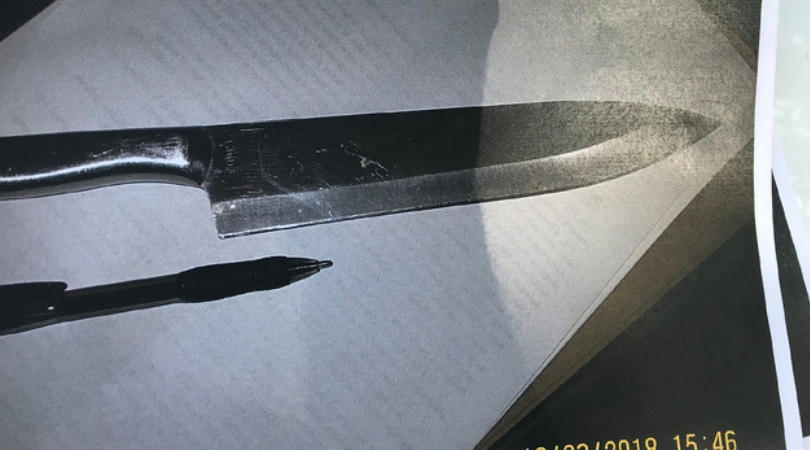 Police in Bartow, Florida were able to stop two middle school girls who were armed with knives on school property, planning an attack on classmates. The juvenile girls attended Bartow Middle School. At 1:30 p.m. a Bartow Police School Resource Officer assigned to the school was called upon by the principal’s office in reference to an armed juvenile complaint.

Police said school staff found out about the possible plot when a student told a teacher that one of the suspects said not to come to a part of the school on Tuesday. In an effort to find the minor, the mother of the suspect received a notice from school officials saying that her daughter had not shown up to second period. Confused, the mother called the school, telling officials she had indeed dropped off the minor that morning. Upon receiving the call, the principal organized school staff and law enforcement to conduct a search around school property.

The school’s assistant principal found the two female students, aged 11 and 12, allegedly hiding inside a bathroom. The girls were holding what resembled a goblet and were immediately taken to the principal’s office.

When asked to empty their pockets, one of the girls was carrying a paring knife and a sharpener, stating she and the other student were plotting to attack students throughout the school day. Police searched around the area and found several butcher knives, along with a pizza cutter. The girls admitted to being Satan worshipers and told police they wanted to ?kill as many students as possible.?

Police stated the girls were waiting in the bathroom for the opportunity to find smaller kids they could overpower to be their victims. Both girls were taken into custody, and further investigation of the girls? homes revealed a hand-drawn map of Bartow Middle School, with the words, ?Go to kill in bathroom? written on it. Cell phone messages obtained showed they planned the attack for several days. One of the messages read,? “We will leave body parts at the entrance and then we will kill ourselves.”

During an interview with officers, the girls told authorities they wanted to kill at least 15 people. Both were charged with conspiracy to commit murder and possession of a weapon on school property, among other charges