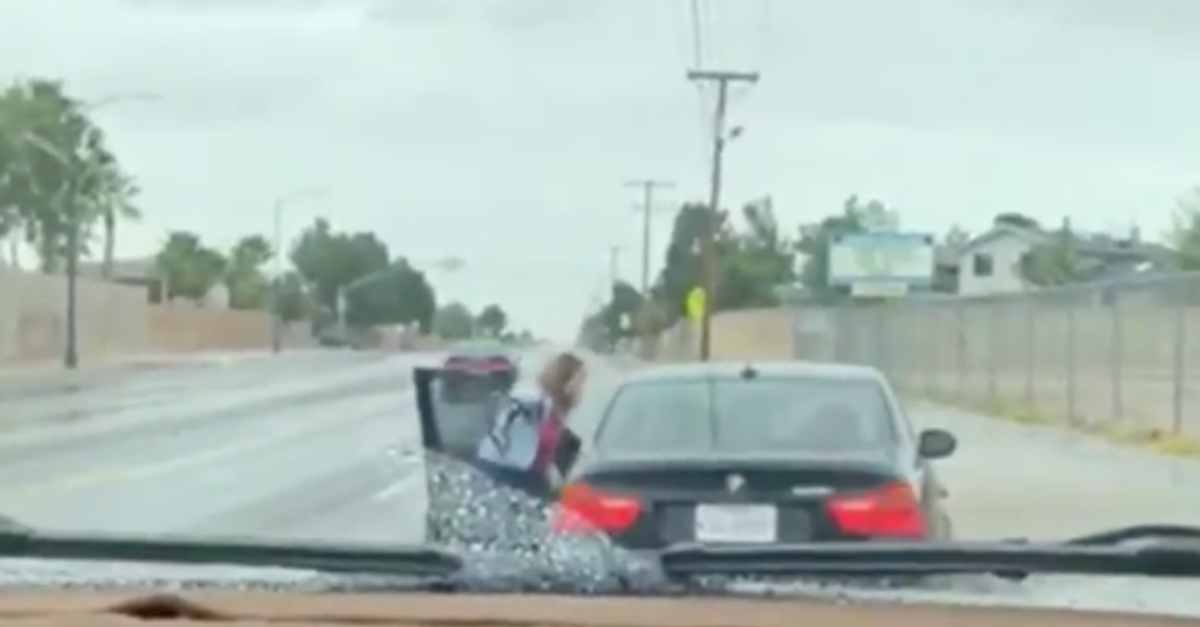 A 13-year-old boy from El Paso, Texas, consumed by his thirst, turned off his house’s wifi to shut off the security cameras, stole his mom’s brand new BMW, and attempted to take a joyride to his girlfriend’s house, no doubt with visions of second base and squeezers dancing in his head. Unfortunately for Aaron Martinez, he was quickly tracked down by his mother, who was so livid she was basically a lit stick of dynamite behind the wheel of a car.

Aaron’s big sister, Liza Campero, tweets viral videos of the whole ordeal on social media under her Twitter name “Lizaconda”, including the moment her mom finds her 13-year-old son driving down the road, forces him to pull over to the side of the road with the power of her furious screams, and then jumps out of the car to go beat him with a belt.

She made me bring a belt to whoop his ass pic.twitter.com/kQSL8EViRL

There’s no way Aaron isn’t grounded until the start of 2019. Not just grounded but in some sort of suburban solitary confinement. With no conjugal visits with Fortnite (or his girlfriend). His excuse for stealing his mom’s brand new expensive car and driving it in real traffic despite being too young to drive was so that he could go have underage relations. That’s like taking money out of the church collection basket to pay for cocaine and hookers. It’s doing a bad thing to facilitate doing a different bad thing.

The mom won’t care though. She’s not going to sympathize. She’s going to werewolf the kid. Lock him in his room until this is all over. That’s probably the right call.

Editor’s note: This article was originally published on October 17, 2018.