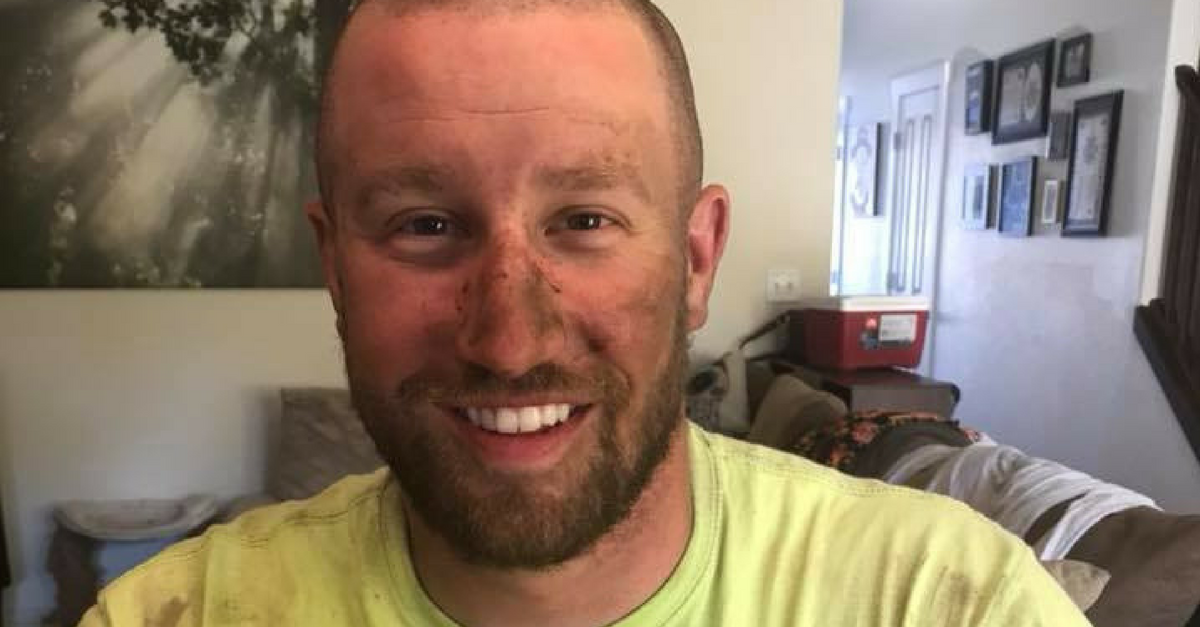 Mind your own business, don’t judge a book by its cover, don’t point at a big strong tattooed man and say mean things about him; all important lessons for kids to learn if they want to grow up to be considerate, kind, alive adults.

One mother recently taught her child all three lessons, albeit inadvertently, because she had not learned any of these lessons herself, apparently. The impromptu life lessons were delivered outside a store after the mother made the mistake of conspicuously pointing to the dirty man her child had been staring at and told her, “This is why you need to stay in school.”

The dirty man, as it turns out, is a combat veteran, a college graduate, a business owner, and a well-paid construction worker, and not, as the mother perhaps thought, either an unwashed, amphetamine-fueled vagrant or a hopeless roughneck laborer stuck toiling in hard, low paying work.

The man, Andy Ross, overheard the mother’s advice to her daughter and decided to drop some knowledge on the mom. He recounts as much in his Facebook post about the incident.

Well, hey… learning is learning? Granted I’d rather my mom just tell me fire will burn me and take her word for it, rather than stick my hand — or in this instance, watch her stick her hand — in the barbecue pit. But at the very least the barbecue pit would make the lesson more impactful. Mesquite flavored second-degree burns stay with you, and this little girl will probably never forget the dirty man her mom had just told her was bad walking up to them and lecturing the pair.

It was, of course, wrong for the mother to judge the man so superficially, but allow me to play devil’s advocate here for a second. This guy doesn’t know why the mom is telling her daughter that. Maybe the child has an unsettling staring problem and is in a special program to fix the issue. The man, by his own account, says the child would not stop staring.

“This is why you need to stay in school, Sally. Your staring is getting worse.”

Or maybe the little girl was already getting into a lot of trouble at school — stabbing kids with pencils, stealing lunch money, Googling “naked grown-ups” in the computer lab — and the mom was just using a dirty man as an example to scare her daughter straight. C’mon man, play along! This kid is heading down a bad path.

Really though, the mom got a lesson she apparently badly needed.