Mom Taken To Court For Confiscating Daughter’s iPhone As Punishment 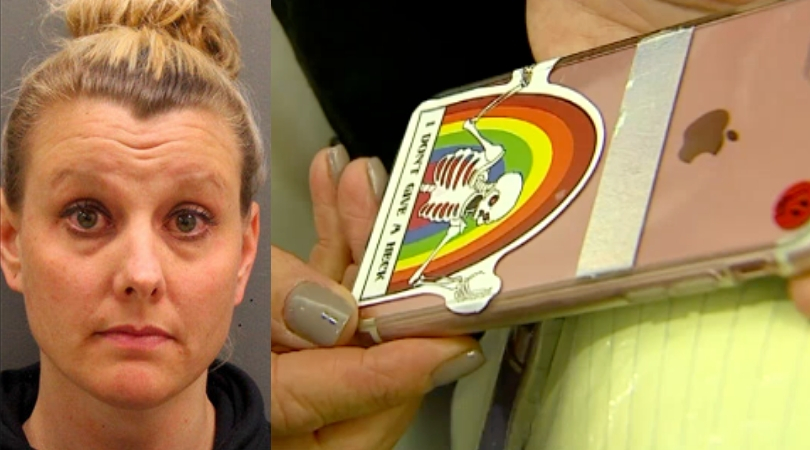 It was a shocking and a bit of a ridiculous day for Jodie May after she was taken to court by her ex-husband for ?stealing? her daughter’s iPhone 6. Yes, the Michigan mom took her 15-year-old daughter’s iPhone away after she got into trouble at school. So, as any concerned parent would, she decided to discipline the girl by taking away a thing that brings joy to any teenager, hoping this would calm her down, and make her listen.

However, she got the surprise of a lifetime after her ex-husband told police he was the owner of the iPhone, claiming his ex-wife’s punishment was a crime. The man filed a complaint with the Ottawa County Sherriff’s Office, alleging his ex-wife stole the phone. How did that end up? Well, authorities arrested May and charged her with a misdemeanor charge of larceny under $200, punishable by up to 93 days in jail. Yes. Jail time for trying to teach her daughter a lesson. I don’t know, but it kind of sounds to me like the ex-husband just wanted some sort of revenge there, but okay, let?s continue.

On Tuesday, September 18, prosecutors added a second charge, larceny by conversion, which is also punishable by up to 93 days. Meaning, May could have been facing 186 days in jail if found guilty. But, before any witnesses were called, the prosecutors (who I?m sure were delighted to take this case) approached the judge with new details. After ?investigation?, they found that the ex-husband did not own the phone, rather it belonged to the daughter. The assistant prosecutor stated that the defendant, being the mother of the child, changed the case significantly, meaning yes, the charges were dismissed.