Update: Mom Arrested for Falsely Accusing Man of Trying to Abduct Her Daughter 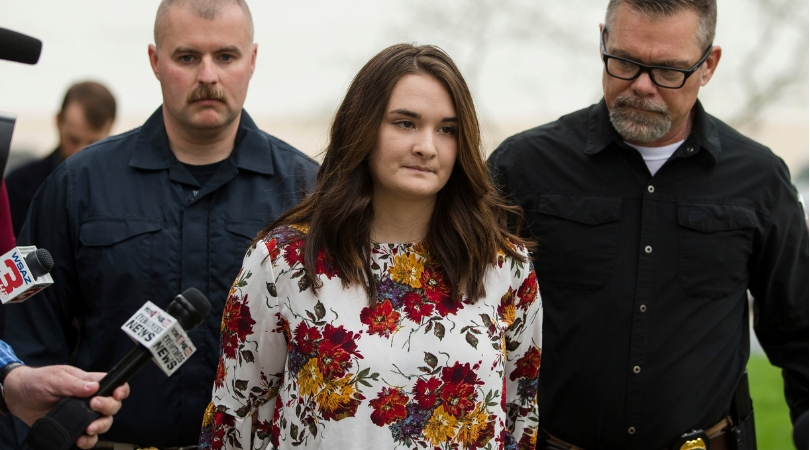 A mother in West Virginia is facing criminal charges after falsely accusing an Egyptian man of trying to abduct her child from Huntington Mall. 24-year-old Santana Renee Adams is being charged with falsely reporting an emergency incident after appearing before a Cabell County magistrate judge.

Her bond was set at $20,000 but she will only need to pay 10 percent to get out of jail, which is a common bond condition. The mothers’ charge is a misdemeanor and is facing up to six months in jail and a $500 fine.

Adams originally told authorities that Mohamed Fathy Hussein Zayan tried to kidnap her 5-year-old daughter, later changing her story, calling it a ?cultural misunderstanding.? According to her initial report, she was shopping in Old Navy and the man allegedly grabbed her child by the hair and tried to take her. Adams then pulled out a gun on him to stop him.

Zayan was arrested, denying all accusations and allegedly told police he couldn?t even tell them what the mom or child looked like. He also stated the mother never pulled out a gun on him. Police said Zayan may have simply been patting the girl on the had and smiling.

Video surveillance near Old Navy entrance shows Adams and Zayan calmly walking out of the store nearly 35 seconds apart, going in opposite directions. Investigators confirmed that Adams had a 9 mm Smith and Wesson handgun in her front pocket.

All charges against Zayan were dropped.

This story was originally published on April 2, 2019, but updated after Santana Adams retracted her original statement.

A Mother in West Virginia is definitely the hero in this story, after a man was arrested and charged with attempted abduction with the help of her “secret weapon.” The mother said the man, from Egyptian descent, tried to grab her 5-year-old daughter at the Huntington Mall. The mother then went full Mama Bear Mode (because who wouldn’t) and decided to scare off 54-year-old Mohamed Fathy Hussein Zayan by pulling out her concealed gun from her purse!

Yes, this guy decided to mess with the wrong mother and daughter duo that day! Officers with the Barboursville Police Department said the woman called 911 immediately after, telling dispatchers that while her daughter and she were inside a department store, Zayan tried to grab the child by the arm. But luckily for the mother, the man quickly ran out of the store after seeing she was carrying more than simple shopping bags.

A woman was with her 5-yo daughter when 54-yo Mohamed Fathy Hussein Zayan grabbed the girl and tried to pull her away. Police say the mother pulled out a gun and told the suspect to let go of the child. pic.twitter.com/BbgOMt47oi

After a full description by the mother, mall security spotted him in the food court (because we all know that after an attempted kidnap you NEED some Chinese food), and was arrested and taken into custody. According to authorities, the man only spoke Arabic, and a translator was contacted over the phone during the arraignment. Zayan was forced to surrender his passport and is not allowed to leave the state of West Virginia. He is currently being held at Western Regional Jail on a $200,000 cash bond.

I guess this just goes to show you we never know who might or might not have a gun on them. So, maybe don?t go around doing stupid stuff, cause you might get shot and all. I don?t know, just a thought. This mother is seriously smart…and lucky.