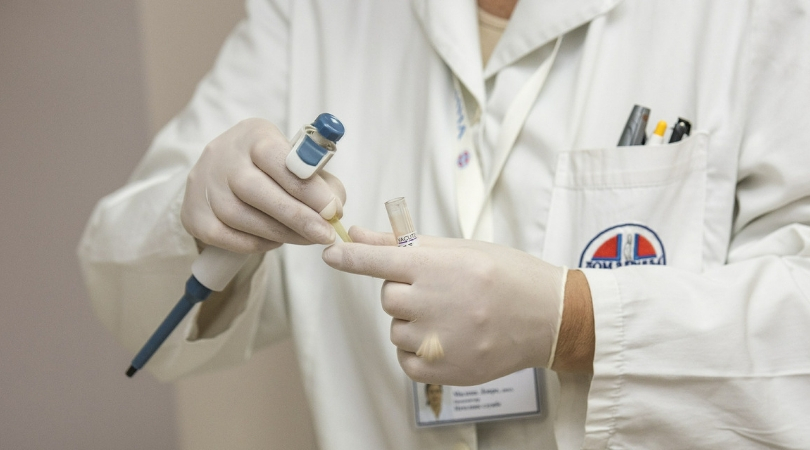 It’s been a month full of virus’ and disease outbreaks, that have made us want to quarantine ourselves in our home. Now, to make things even scarier, health experts in the United Kingdom have found the first ever case of Monkeypox. According to experts, a naval officer from Nigeria, who was in the country visiting the Royal Navy Base in Cornwall, was confirmed to have the disease on Friday, September 7, 2018.

Officials from Public Health England stated the officer is believed to have contracted the disease in their home country before traveling to the UK. The patient’s age or gender has yet to be revealed, but experts did confirm the individual was transferred to the specialist infectious disease unit at the Royal Free Hospital in London and is receiving special treatment. As a precaution, experts are working closely with the NHS and will be contacting 50 people who might have been in close contact with the patient and offer health advice and information.

Experts do stress that despite severe cases of Monkeypox can possibly be fatal, in most cases, the symptoms can be minor. Usually, Monkeypox can resolve on its own and has no long-term effects on a person’s health. Most individuals can recover within several weeks.

Rare diseases caused by Monkeypox virus have been reported mainly in central and west African countries. Both health departments have well established and robust infection control procedures, that deal with cases of imported infectious diseases and are following strict rules to minimize the risk of transmission.

Monkeypox was first recorded in 1958, when outbreaks of pox-like diseases occurred in laboratory monkeys that were kept for research, hence the name. The first human case was recorded in 1970 in the Democratic Republic of Congo and is now mostly found in Central and Western Africa. An outbreak occurred in the United States in 2003 and was said to have been the result of the importation of rats and rodents from Africa. All human cases were the result of contact with these rodents, and all those affected made a full recovery. As of 2003, there have been 47 reported cases in the United States

In 2018, Monkeypox cases were reported in Africa, from Cameroon, the Central African Republic, the Democratic Republic of Congo Nigeria and Liberia.

How is it spread?

As stated, fortunately, the virus is not spread easily between people. Monkeypox can be spread when someone is in close contact with the infected animal or person The virus enters the body through the respiratory tract, broken skin, or the mucous membranes, such as your eyes, mouth or nose. One can also contract the infection through clothes, bedding or towels of an infected person, or being in close proximity to them sneezing or coughing.

However, there is a very low risk of transmission to the general population. The incubation period is usually from 6 to 16 days but can range from 5 to 21 days. Symptoms of the virus normally begin to experience a fever, headache, backache, muscles aches, swollen lymph nodes, exhaustion, and chills. A rash can develop and maybe first develop in the middle of the body, later speaking to the arms, legs, and heads. The rash usually starts as blisters or raised bumps, filled with pus and later get crusty, scab, and fall off.

How can I treat it?

Unfortunately, there is no specific treatment or vaccines available for monkeypox infection, but health experts can give the person infected prescribed medicine to treat any pain or fever. A smallpox vaccine can be given to help fight the virus from the body since smallpox and monkeypox are related. In any event, outbreaks can quickly be controlled. Cidofovir, ST-246, and vaccinia immune globulin (VIG) can also be used to control a monkeypox outbreak.