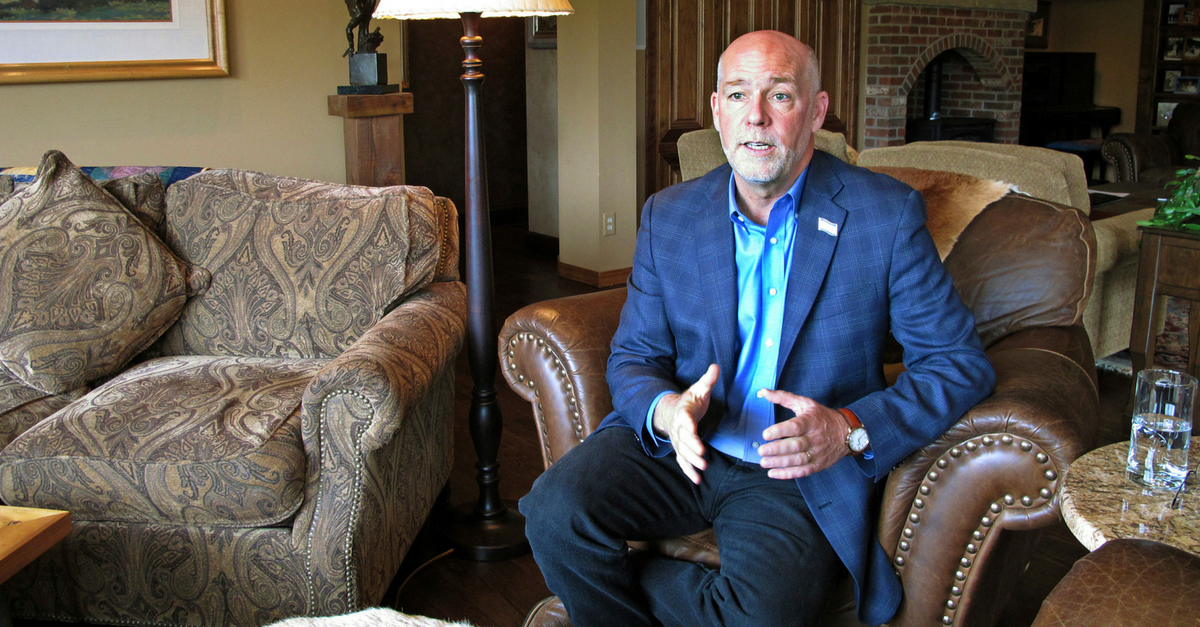 On the night before Montana’s special election to fill Secretary of the Interior Ryan Zinke’s vacant congressional seat, GOP candidate Greg Gianforte reportedly body-slammed The Guardian’s Ben Jacobs to the ground and shouted “Get the hell out of here” at him.

“He took me to the ground,” Jacobs said while in an ambulance after the incident. “This is the strangest thing that has ever happened to me in reporting on politics.”

RELATED: There are reports of another lawsuit against Fox News from one of its former employees

“The last guy did the same damn thing,” Gianforte said.

“You just body-slammed me and broke my glasses,” Jacob said.

That’s when Gianforte yelled, “Get the hell out of here.”

In a statement provided to media outlets, the candidate gave an alternate account of the incident, saying, “Tonight, as Greg was giving a separate interview in a private office, The Guardian’s Ben Jacobs entered the office without permission, aggressively shoved a recorder in Greg’s face, and began asking badgering questions.”

The statement goes on to say that Jacobs was asked to lower the recorder, but did not. After Gianforte tried to grab the recorder, “Jacobs grabbed Greg’s wrist and spun away from Greg, pushing them both to the ground.”

RELATED: Jeff Sessions reportedly failed to disclose his meetings with Russian officials for the second time