Menu
Follow us
Search
Menu
Search
MIAMI - DECEMBER 15: Trooper David Casillas, from the Florida Highway Patrol, talks to a driver at a DUI checkpoint December 15, 2006 in Miami, Florida. The city of Miami, with the help of other police departments, will be conducting saturation patrols and setting up checkpoints during the holiday period looking to apprehend drivers for impaired driving and other traffic violations. (Photo by Joe Raedle/Getty Images)

A Billings woman has been jailed with her bail set at $25,000 after being arrested for driving drunk twice in a period of 12 hours.

The Billings Gazette reports 44-year-old Robia Jane Bedoni was arrested after a traffic stop just after 1 a.m. Monday and again just before 1 p.m. Monday. Both times she had a 15-year-old passenger, which led to two counts of felony criminal endangerment.

RELATED: One maid-of-honor had a bottle of fireball on hand and a wedding nightmare ensued

Court records say Bedoni’s blood-alcohol level was 0.248 after the first stop and 0.205 after the second. The limit at which a person is considered legally drunk is 0.08.

Bedoni made an initial appearance in Justice Court Tuesday. She is scheduled to appear in District Court on March 1 to enter a plea. 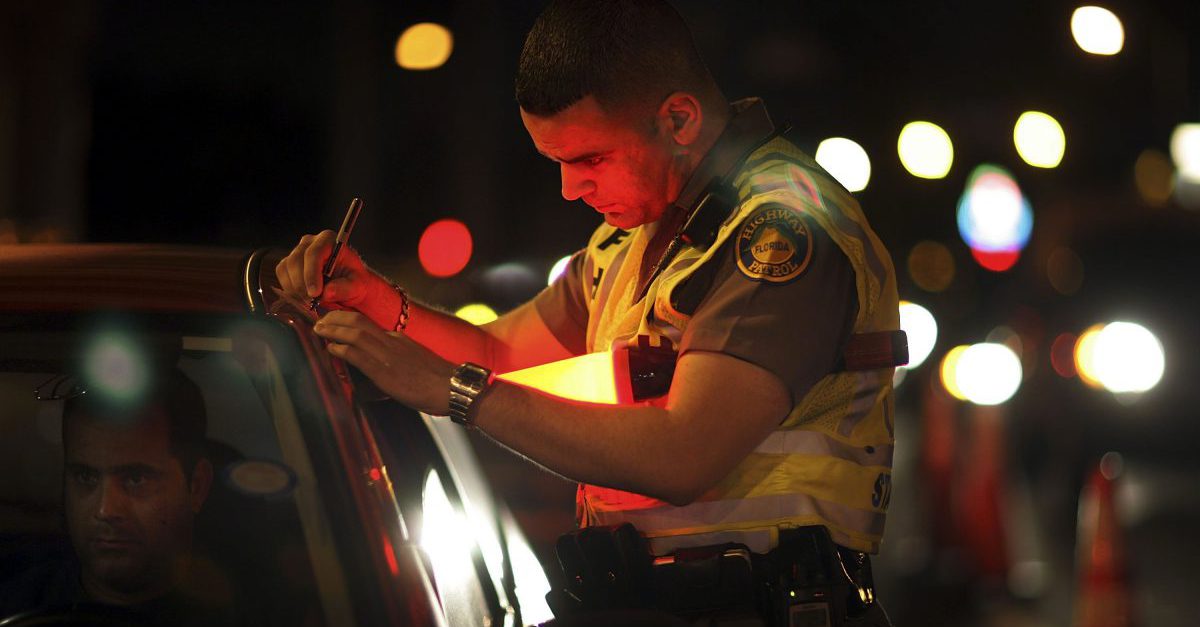