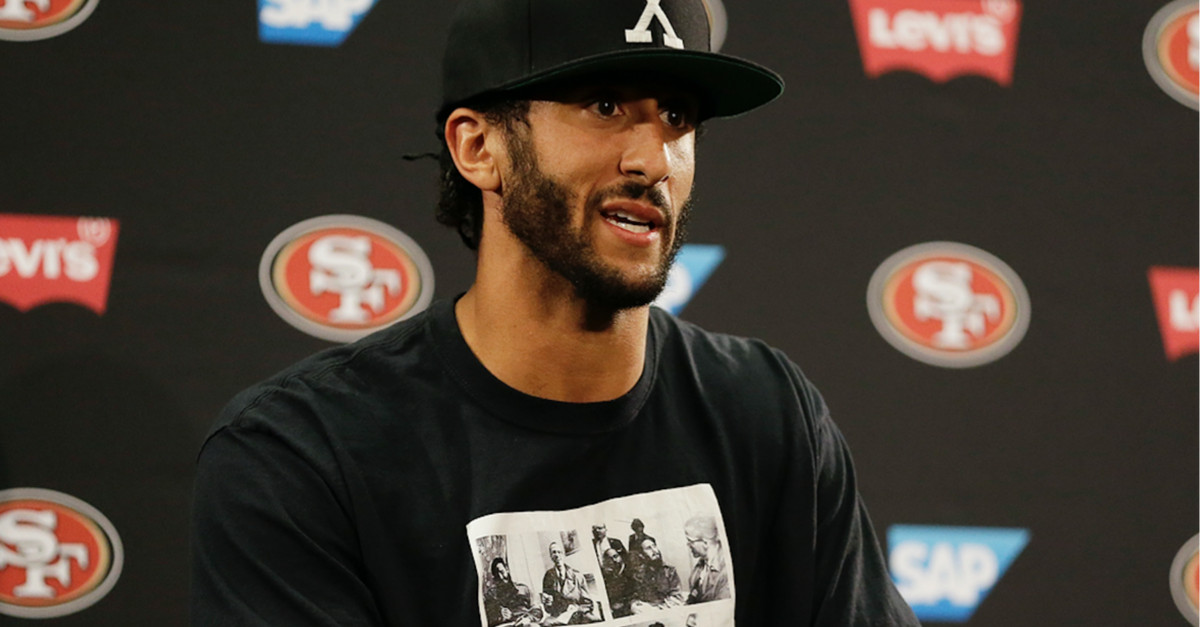 More than 100 people participated in a silent protest before the start of the Baltimore Ravens game as the national anthem played inside the M&T Bank Stadium.

The Baltimore Sun reports that the protesters stood outside the stadium with their fists raised, then knelt down before the Ravens played the Chicago Bears on Sunday.

RELATED: Farmer plows a message for players who kneel during the national anthem into his field

Organizers said the goal was to show solidarity with former San Francisco 49ers quarterback Colin Kaepernick. He drew criticism for refusing to stand for the anthem to protest the oppression of minorities. The Rev. Jamal Bryant said the reasons behind Kaepernick’s actions have become lost in the political noise.

Members of the Ravens and many other teams knelt earlier this season after President Donald Trump said any player who doesn’t stand for the anthem should be fired.