More than a day later, police are still scratching their heads about the Cleveland Facebook killer 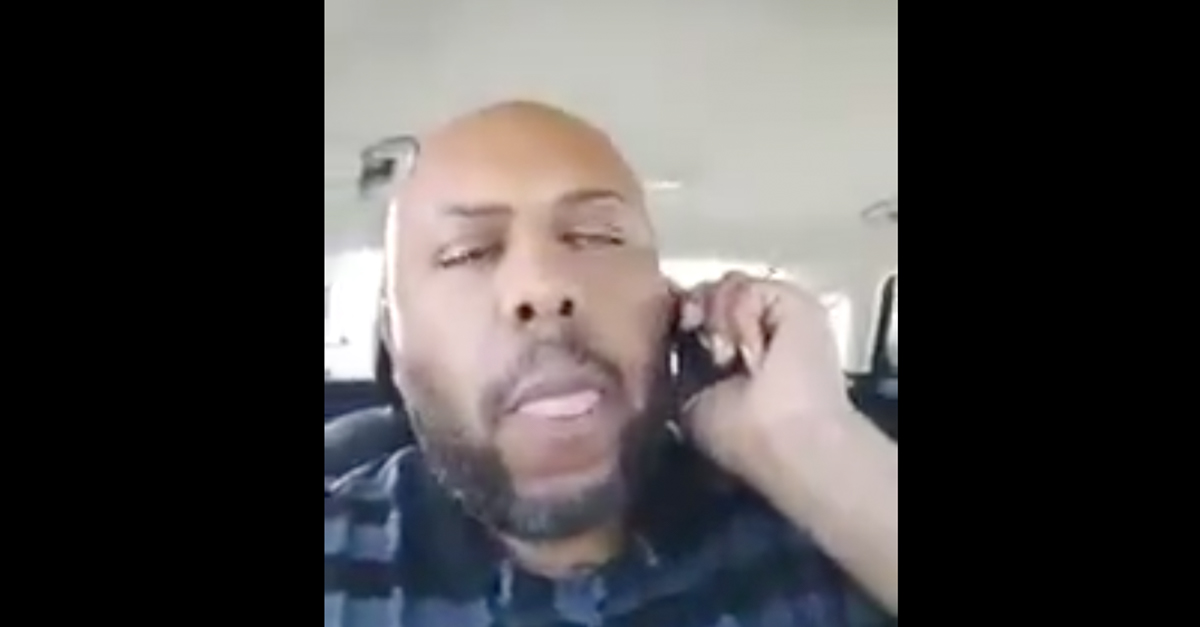 In a rambling video, Steve Stephens said, “I snapped, I just snapped.” But as the manhunt dragged on Monday for the man accused of posting Facebook footage of himself killing a Cleveland retiree, police were unable to explain what set him off.

“Only Steve knows that,” Cleveland Police Chief Calvin Williams said as authorities posted a $50,000 reward for Stephens’ capture in the shooting of Robert Godwin Sr., a 74-year-old former foundry worker.

In the video, Stephens blamed a former girlfriend he had lived with, saying he woke up last week and “couldn’t take it anymore.” But in a statement Monday, the woman shed little light on what might have gone wrong and said Stephens was good to her and her children.

As for the shooting victim, Godwin appeared to have been selected at random, gunned down Sunday afternoon after spending Easter with some of his children.

A manhunt that started in Cleveland’s gritty east side expanded rapidly into a nationwide search for Stephens, a 37-year-old job counselor who worked with teens and young adults, police said.

“He could be nearby. He could be far away or anywhere in between,” FBI agent Stephen Anthony said.

Police reported getting dozens and dozens of tips, and nine schools in Philadelphia were locked down Monday while authorities investigated possible sightings of Stephens. But they said there was no sign he was actually there.

Some of those who know Stephens described him as pleasant and kind, while some said he had a gambling problem. He filed for bankruptcy two years ago.

“He got along with everybody, so it’s just unbelievable what happened,” said Alexis Lee, a friend who saw Stephens last week.

The police chief said: “We are not going to pinpoint a specific thing and say this is what triggered this, because we don’t know.”

Godwin’s daughter said he was killed while collecting aluminum cans in a plastic shopping bag.

“Not because he needed the money, it was just something he did,” said 52-year-old Debbie Godwin. “That’s all he was doing. He wasn’t harming anyone.”

She said her father, who had 10 children, was a gentle man with nothing mean about him.

In the shooting video, Stephens told Godwin a woman’s name and said, “She’s the reason that this is about to happen to you.” The victim did not seem to recognize the woman’s name. The gunman then pointed a weapon at Godwin, who shielded his face with the plastic bag.

The woman Stephens spoke of, Joy Lane, said in a text to CBS that “we had been in a relationship for several years. I am sorry that all of this has happened.” She said Stephens was “a nice guy” who was generous to everyone.

The video of the killing was on Facebook for about three hours before it was taken down.

Investigators said that Godwin was the only victim so far linked to Stephens, despite his claim in a separate video on Facebook that he killed over a dozen people.

Detectives spoke with Stephens on Sunday by cellphone and tried to persuade him to surrender, police said.

An extensive background check before he was hired turned up nothing worrisome, she said.

Stephens filed for bankruptcy in January 2015. His attorney at the time, Trent Binger, said Monday that he remembered Stephens discussing gambling problems.

“He was an easy client to deal with,” Binger said. “Always respectful to me […] well-mannered.”