A Florida man was spotted recently driving a homemade motorcycle/jet ski combination, one of the most Florida vehicles ever conceived, perhaps second only to an airboat/mobile methadone clinic hybrid. Trey Yarbrough, the 23-year-old who owns the amphibious panty dropper, was filmed driving down Normandy Boulevard in Jacksonville, Florida.

According to police, the gloriously redneck hybrid is street legal. As long as a tail light is showing and everything else is in order the vehicle is totally okay to drive.

MAKING WAVES | A motorist in Jacksonville was spotted riding around Normandy Boulevard on a motorized… jet ski. https://t.co/AFhFj02yXT pic.twitter.com/iPUqih0gWc

Yarbrough reached out to News4Jax to clarify that underneath the jet ski exterior was an 89 Honda elite scooter. According to Yarbrough, he got the vehicle approved by the Florida Department of Transportation.

This is basically Florida’s version of a unicorn. This is what Floridians will ride into battle when the reptiles finally rise up against them.

It’s great to see this kid putting that kind of thought into something cool like this. In Florida this is the sort of ingenuity typically reserved for how to not get caught cooking meth in the Burger King you work at, or how to rob a Publix (assuming this won’t ultimately be used as a getaway vehicle in a Publix robbery).

This is maybe the best vehicle ever invented.

Watch: WHY JAWS IS THE GREATEST FISHING MOVIE EVER MADE 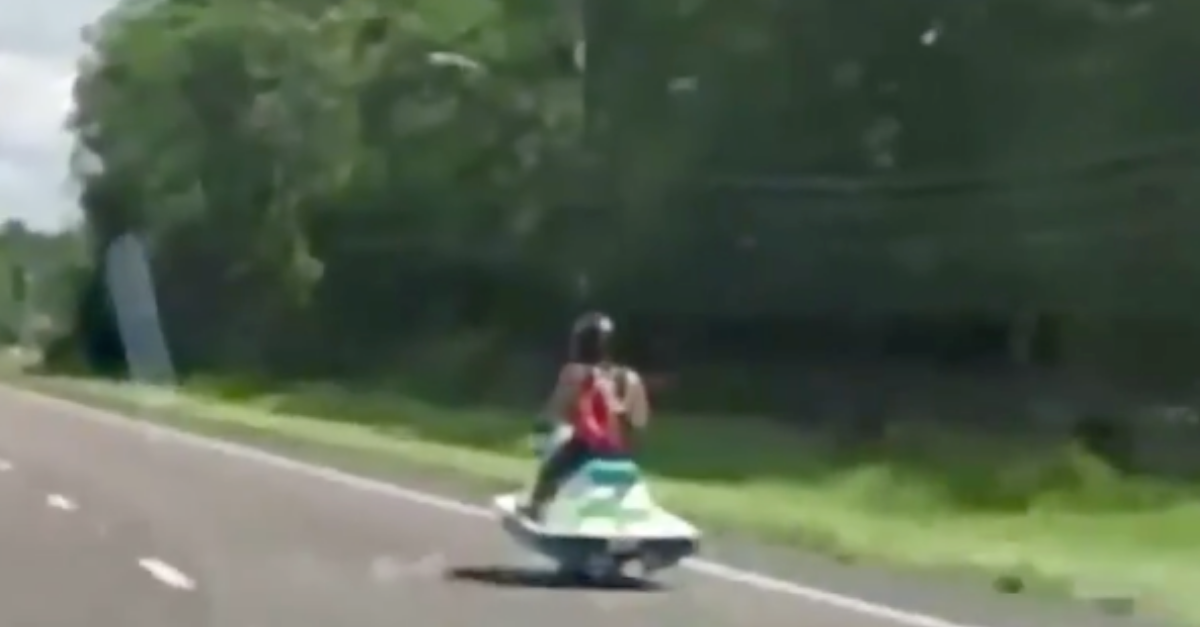