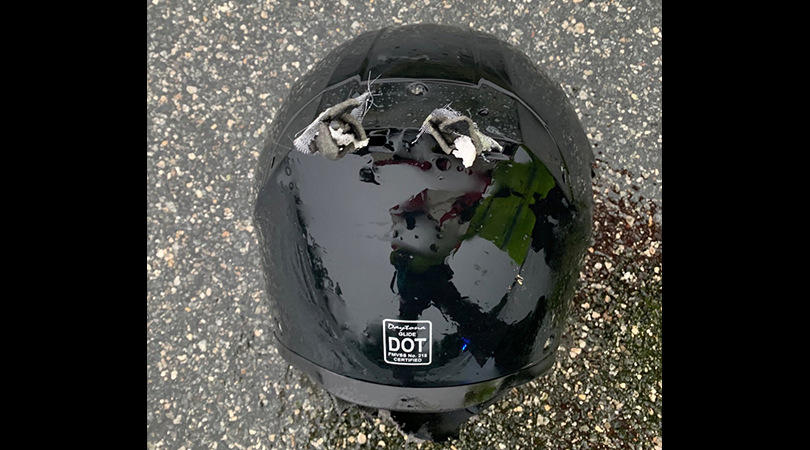 The Florida Highway Patrol says lightning struck a motorcyclist on the helmet as he drove on an interstate in Florida, causing a crash and his death.

This is what’s left of a 45 year old man’s helmet after he was struck by lightning, while riding his motorcycle southbound, on I-95 in Volusia County this afternoon. Unfortunately he did not survive the crash. pic.twitter.com/uFklUPY8r1

He was pronounced dead at the scene. Florida troopers say an off-duty Virginia state trooper witnessed the lightning strike and its aftermath.

Watch: THIS IS THE MOST EPIC LIGHTNING STRIKE YOU WILL EVER SEE, PERIOD