On December 12th 1968, boxer Muhammad Ali sat down with William F. Buckley Jr. on “Firing Line,” Buckley’s weekly show that saw one of the founders of the conservative movement interview politicians and pop stars.

Late Friday night, Ali passed away at age 74 in a Phoenix hospital after a brief admittance for complications with respiratory issues.

In the decades since he retired from boxing in 1981, Ali had become one of the symbol’s for Parkinson’s Disease, which had deprived him of many of his motor skills in his later years.

The “Firing Line” episode in question would go down as one of the most controversial and enticing of the show’s history, and for many Americans, put Ali in a different light.

At the time, Ali was embroiled in a three-year ban where he was denied a license to box professionally after comments he made against the Vietnam War.

“My conscience won’t let me go shoot my brother, or some darker people, or some poor hungry people in the mud for big powerful America. And shoot them for what?” Ali said of fighting in the war in 1967.

“They never called me nigger, they never lynched me, they didn’t put no dogs on me, they didn’t rob me of my nationality, rape or kill my mother and father…. How can I shoot them poor people? Just take me to jail”

At the height of the Vietnam War, many conservatives believed that Ali was a draft dodger, and were startled at some of his anti-war rhetoric.

Ali begins the interview very soft-spoken and explains why he had changed his name to Muhammad Ali from Cassius Clay.

RELATED: Muhammad Ali waxed poetic on the meaning of life when asked what he would do after retirement

“Clay means dirt with no ingredients,” Ali explains to Buckley. “I’ve accepted my true culture, this is a black name and Islam is the black man’s religion.”

Ali believed that by embracing Islam, he was embracing a black religion and gave himself a black name and rejected the white culture that had given him the name Cassius Clay.

The two men then go on to to debate the reasons in which the country had embraced boxing legend Joe Louis, but had rejected many of Ali’s principles.

Later on in the show, they take questions from the audience, and things really begin to get emotional.

Ali goes out of his way to inject the peaceful teachings of Islam into his conversations about the Vietnam War, the Black Panthers and the idea of a race war. 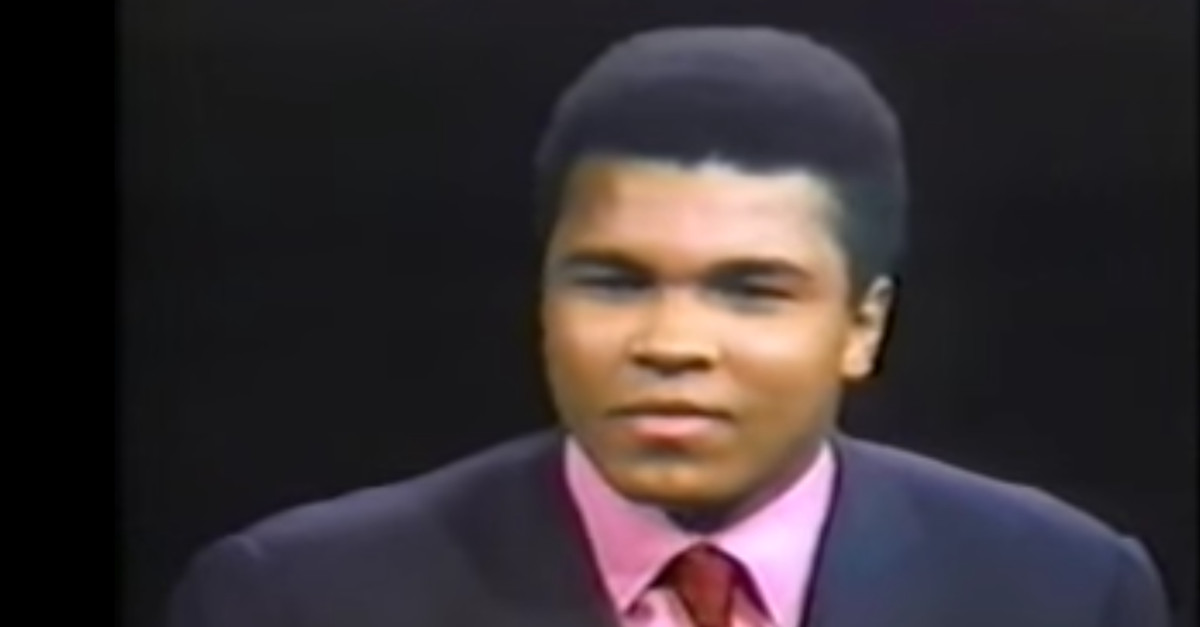