Murder suspect expresses disdain for his charges by mooning the courtroom 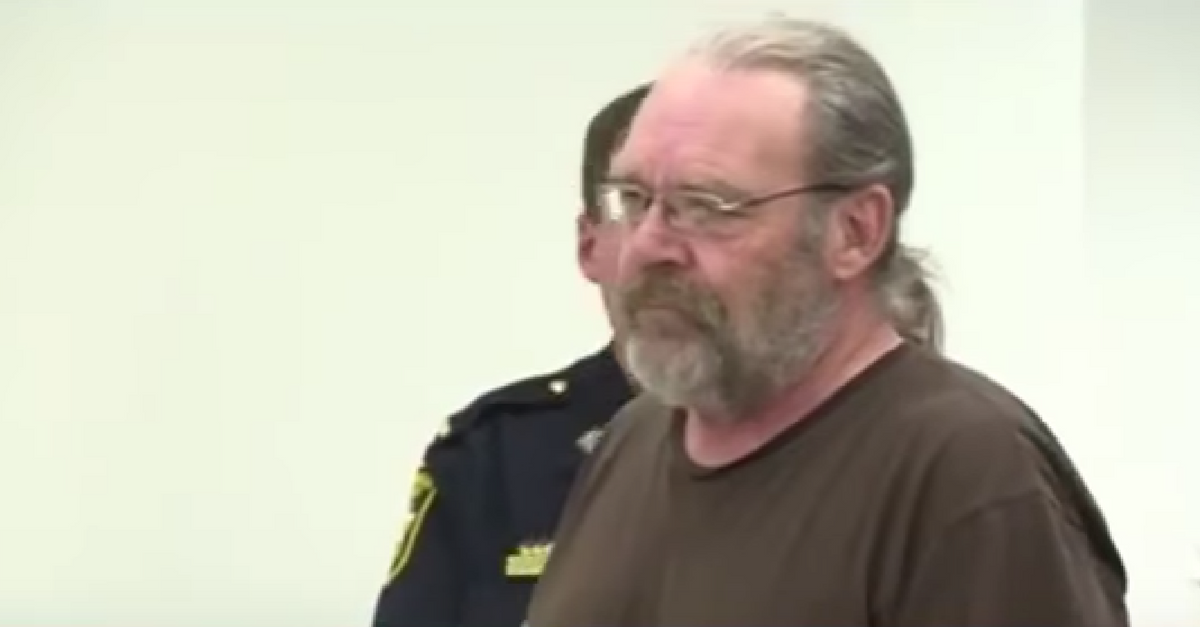 A murder suspect who was clearly unhappy with his criminal charges showed the entire court room just how he really felt about it by pulling down his pants before entering his plea.

Randal Gebo, the former boyfriend of a woman found dead on a roadside embankment last month, shocked those present when he bent over to pull his pants down in front of court officials, onlookers and news crews as he was being led into the courtroom. The 61-year-old man then pleaded not guilty to first-degree murder and other charges, and the judge ordered that he be held without bail until his next hearing.

RELATED: A mother who locked her malnourished son in a feces-filled bathroom is off to the slammer

59-year-old Cindy Cook’s body was found in a Vermont embankment after a woman walking her dog spotted it. An autopsy revealed that she had been strangled, and police traced Gebo while he drove across country in her car. He was located and arrested last month.

Gebo was additionally charged with credit card fraud and aggravated operation of a vehicle without the owner’s consent, and he is believed to be responsible for freeing Cook’s dog, who has yet to be found, at a picnic area near where her body was discovered.

RELATED: She disappeared in 1989, but police may have found her–in a slab of concrete