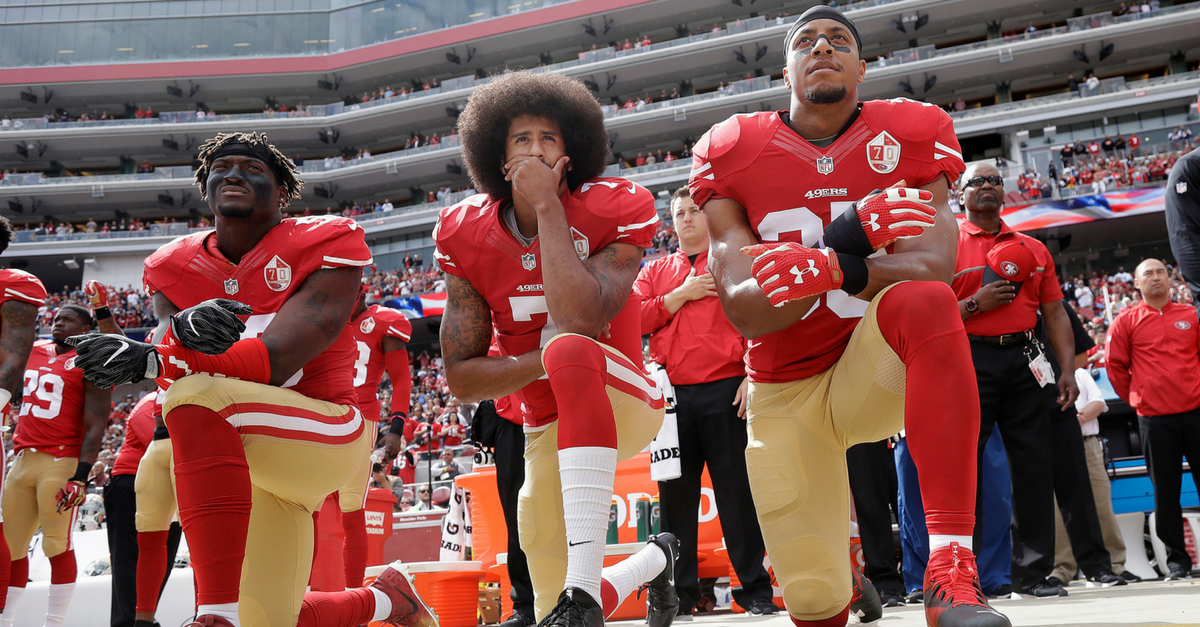 The California chapter of the NAACP is upping the ante on national anthem protests by calling for the song to be replaced as the country’s national anthem because it’s “racist.”

“This song is wrong,” chapter president Alice Huffman explained. “It should never have been there, and just like we didn’t have it until 1931, it won’t kill us if it goes away.”

She went on to say that national anthem protests sparked by former NFL quarterback Colin Kaepernick led her to analyze the lyrics of the “Star Spangled Banner” itself finding issue with a verse not usually sung during events:

No refuge could save the hireling and slave from the terror of flight or the gloom of the grave.

The words reference slaves and have been interpreted as a celebration of the deaths of American slaves who joined British forces in the War of 1812 in exchange for their freedom. Adding fuel to the fire, author of the 1814 song Francis Scott Key was a slave owner an and anti-abolitionist.

She added that that Congress should find a replacement that is not “another song that disenfranchises part of the American population” for the national anthem. Patrons at a Veterans of Foreign War post in California, however, disagreed with the proposition, with one calling it “an extreme way of doing things” and another adding that it “won’t solve any problems.”

“I believe it is a slap across the face,” Sydney Lugo said. “Whether there’s some kind of little flaw in the context of what this is, I don’t see it that way. I have to stick with our traditions and our values and what we represent.”

The California NAACP has filed a resolution calling on Congress to replace “one of the most racist, pro-slavery, anti-black songs in the American lexicon,” with Huffman adding, “This country is a country that has shared values, and the more we respect each other, the better off we’ll be as a country.”

“Our flag and national anthem unite us as Americans,” said Assemblyman Travis Allen, a Republican who is running for governor of the state and already opposes the resolution. “Protesting our flag and national anthem sows division and disrespects the diverse Americans who have proudly fought and died for our country. Real social change can only happen if we work together as Americans first.”