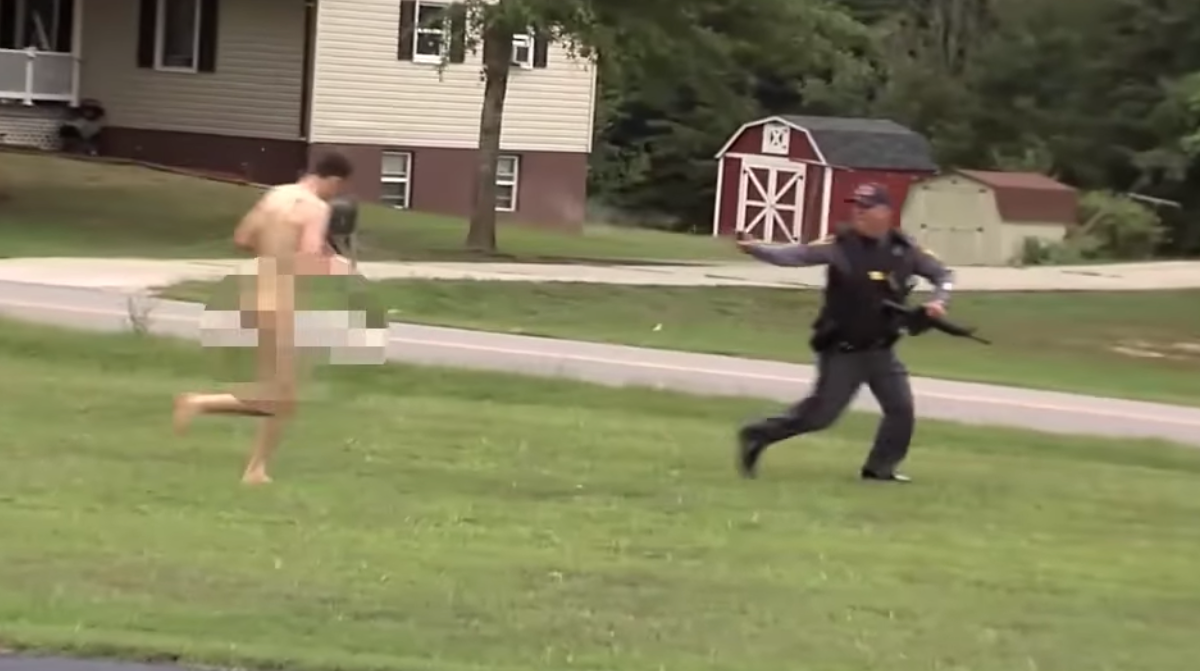 An 18-year-old Virginia man was wanted for the murder of his mother, his sister, and his 1-year-old nephew. Police finally found and captured Matthew Bernard after they pursued him running naked through a town in Pittsylvania County, Virginia.

Bernard has been charged with killing Joan Bernard, Emily Bivens, and Cullen Bivens. Emily and Cullen are the wife and son of Tampa Bay Rays minor league pitcher Blake Bivens, of the Rays’ AA affiliate the Montgomery Biscuits. Joan Bernard is Matthew and Emily’s mother, Cullen’s grandmother, and Blake’s mother-in-law.

In the video, Matthew Bernard can be seen running erratically while a lone police officer armed with a rifle pursues him. The officer pepper sprays Bernard at least once as Bernard, who was unarmed, approaches him. Eventually Bernard disengages with the officer and runs into a parking lot. There he begins strangling a man while the officer attempts to engage him with a baton. From there Bernard runs back out of the parking lot and down a road, right into a police roadblock, where he was finally apprehended by waiting officers and a police K-9.

Family members say Bernard suffered from mental illness issues and finally reached a breaking point but they could never have imagined him committing such a horrific act. Bernard’s uncle, Bryant Bernard, told reporters that Matthew was a student at a local community college and attended church several times a week.

The Pittsylvania County Sheriff?s Office has not released an explanation or motive for the killings as of yet.

An online fundraiser that was set up to help Blake Bivens with the funeral costs and other expenses relating to the deaths of his family had reached over $20,000 as of Wednesday.

Meanwhile, a message posted on the Montgomery Biscuits read, ?We are devastated by the loss of our friend and fellow baseball wife. Our hearts are with her husband Blake and her family during this unimaginable time.?