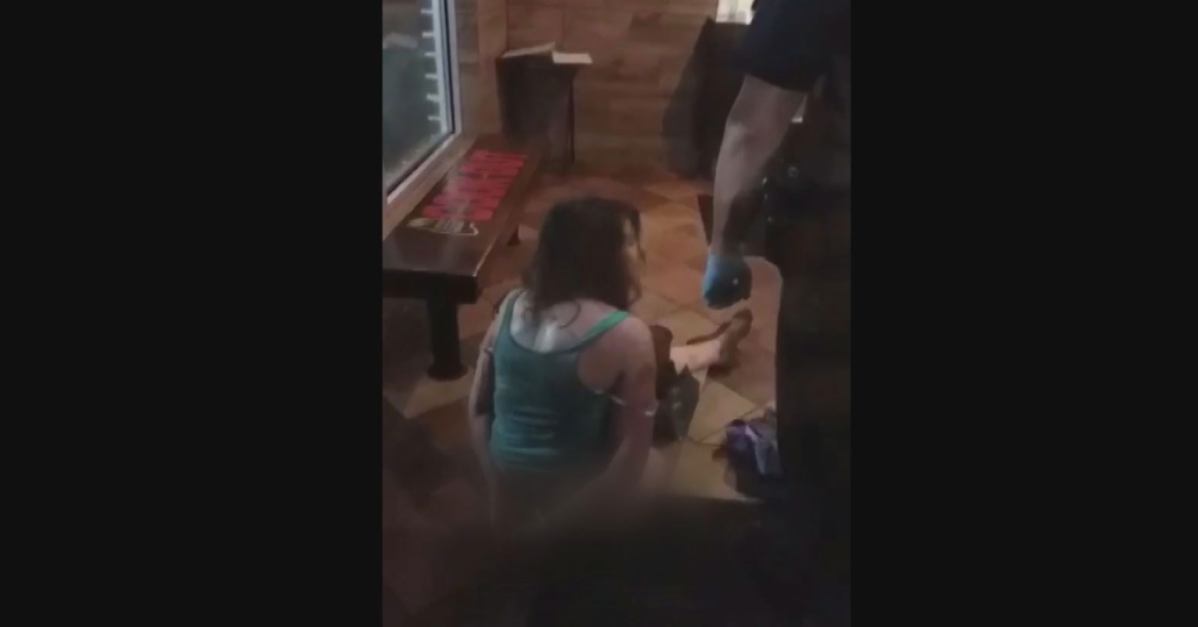 Restaurant-goers were in for quite the treat the other day at a local Cook Out restaurant in Kingsport, Tennessee, and I’m not talking about free milkshakes. Diners were surprised when a half-naked woman fell out of the ceiling, deeming Cook Out a dinner and a show that evening.

26-year-old Harley C. Morton found herself on the roof of Cook Out Tuesday evening causing havoc and who knows what you do on the roof of a fast food chain. At some point, she took off her pants (and underwear) and proceeded to run around on the roof when she fell through a ceiling tile over the kitchen. She managed to squabble back on to the roof to run around some more, falling through another tile before she was apprehended by local police and very confused employees.

When taking a look at the damage police realized that the woman gained access to the ceiling a little after 11 p.m. by climbing an unauthorized stairwell that led to the roof. She then popped open a screen to an air conditioning vent to climb inside the air conditioner shaft, almost like she was reenacting her own version of Mission Impossible.

Police also found broken support rails and busted ceiling tiles, racking up an estimate of $500 in damages. Investigators also found her ID and wallet on the roof, presumably with her pants.

Harley C. Morton was charged with criminal trespassing, vandalism, and disorderly conduct as she was taken into custody. And yes, at that point she still was not wearing pants.

There’s no connection as to why she was up in the ceiling at Cook Out. Perhaps she was hankering one of the chain’s famous fancy milkshakes or itching for a cookout tray with a glass of Cheerwine.