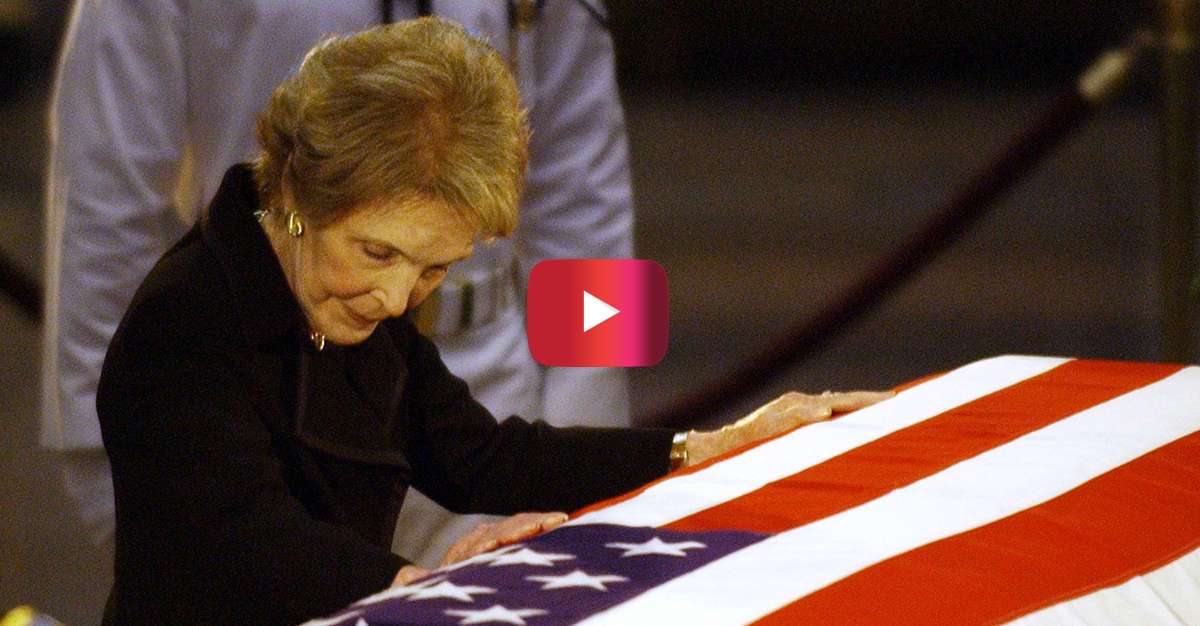 AP
Former first lady Nancy Reagan places her hands on the casket of her husband former President Ronald Reagan prior to the removal of his remains from the Capitol Rotunda in Washington, Friday, June 11, 2004. (AP Photo/Elise Amendola)

In June 2004, former President Ronald Reagan passed away at age 93 after decades of poor health brought on by a serious case of Alzheimer’s disease.

Several days after his death, former First Lady Nancy Reagan led a state funeral for her husband in Washington D.C.

The beloved ex-first lady captivated fans of her husband as she put on a brave face and accompanied his casket as thousands upon thousands of well-wishers came to pay their respects.

During his eulogy, Bush touched upon how close Nancy and Ron had been throughout their decades long marriage.

“In a life of good fortune, he valued above all the gracious gift of his wife, Nancy. During his career, Ronald Reagan passed through a thousand crowded places; but there was only one person, he said, who could make him lonely by just leaving the room,” Bush said.

On Sunday, March 6, news broke that Nancy Reagan had passed away, ending what had become a tumultuous decade, filled with moments of poor health since her husbands passing.

Mrs. Reagan passed away of congestive heart failure at age 94.

According to a family spokesman, Mrs. Reagan will soon be reunited with her husband.

“Mrs. Reagan will be buried at the Ronald Reagan Presidential Library in Simi Valley, California, next to her husband, Ronald Wilson Reagan, who died on June 5, 2004,”

RELATED: After 12 years a widow, Nancy has finally gone home to her beloved Ronnie