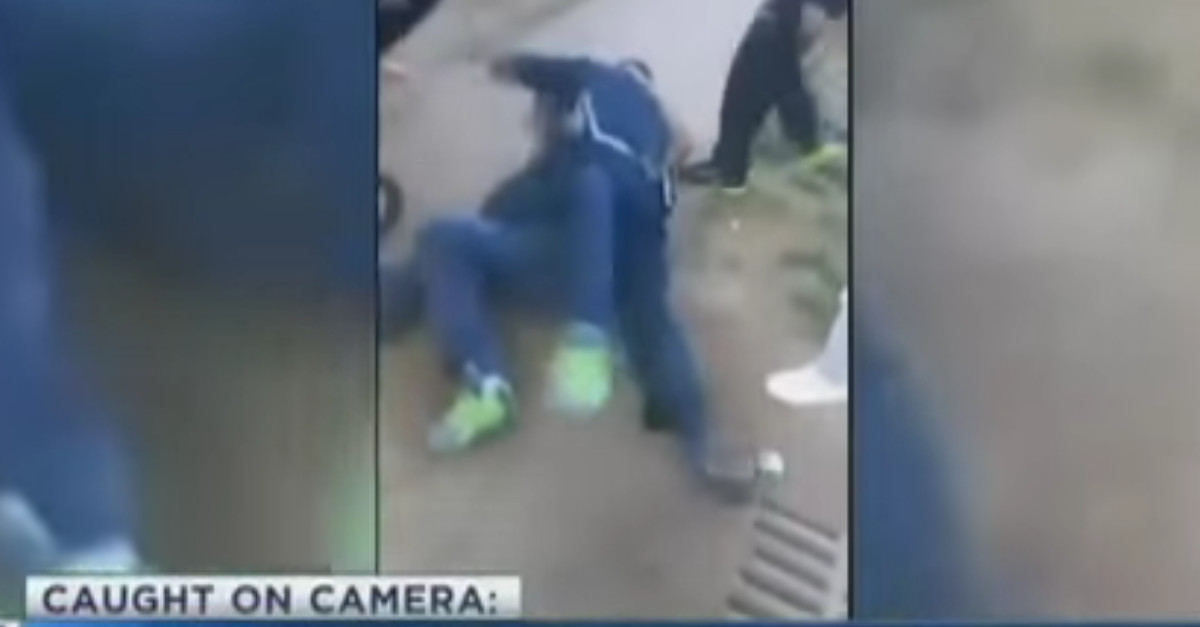 Officer Matthew Cammarn was named the Nashville Officer of the Year in 2015. Tuesday night he “was attacked […] while attempting to make an arrest in east Nashville,” WKRN reports.

Police were called to the scene of Cayce Homes after reports of fighting and gunfire. When they arrived, Cammarn saw a man assaulting a woman and jumped into action.

Cammarn and 22-year-old Brian Shannon wrestled to the ground, while nearby men hit Cammarn on the head.

The video footage, which was uploaded to the Internet, shows Shannon running away with Cammarn running behind him.

Cammarn was taken to the Vanderbilt hospital University Medical Center and released Wednesday.

“Police said Shannon and a 17-year-old juvenile were both arrested at the scene and are facing numerous charges,” News Channel 5 reports.

The Nashville police chief Steve Anderson weighed into the attack.

“I want to be clear that Officer Josh Hausman on Monday night and Officer Matthew Cammarn last night had come to that neighborhood to protect citizens from harm and were themselves attacked,” he said about the incident and an earlier related one. “Attacks on police officers are absolutely unacceptable and will not be tolerated by this city. Thankfully, Officers Hausman and Cammarn are going to be OK.”