The Miami Heat were caught by surprise Friday when the national anthem singer took a knee at midcourt at AmericanAirlines Arena before their preseason NBA game with the Philadelphia 76ers.

The performer, listed by the Heat as Denasia Lawrence, also opened her blue blazer to reveal a shirt that read “Black Lives Matter,” before she knelt to sing the anthem.

The Heat issued a statement near the end of the Sixers’ 113-110 victory that read: “We were unaware of it ahead of time.”

Heat players and coaches stood on the court with arms links and most with their heads bowed, as they have done most of the preseason, while Lawrence sang. Coach Erik Spoelstra said he noticed Lawrence on one knee toward the end of anthem.

“I just noticed when she was finishing up,” Spoelstra said. “We felt as a basketball team we would do something united so that was our focus. Throughout all of this I think the most important thing that has come out is very poignant, thoughtful dialogue. We’ve had dialogue within our walls here. And hopefully this will lead to action.”

Fans did not react one way or the other toward Lawrence.

RELATED: “South Park” tackled the Colin Kaepernick controversy with their own version of the national anthem

“I saw her kneel and I understand where she’s coming from,” Heat forward Justise Winslow said. “I understand her opinion on it, but as a team we tried to show unity and respect for the flag. We also know there are social changes that need to happen in our community, but as a team we felt (we wanted) to pay respect to the flag while also showing unity and raising awareness for the issue at the same time.”

Said guard Wayne Ellington: “If she feels that the way she wants to stand for it, then more power to her.”

Lawrence is the second anthem singer during the NBA preseason to kneel joining Leah Tysse, who got down on one knee as she finished singing at a Sacramento Kings game.

Several NBA teams have taken a stance during the playing of the national anthem by players and coaches locking arms.

RELATED: A high school football announcer’s message to those who don’t stand for the national anthem is causing quite the stir

The NBA and the union have had talks about the issue.

“We have had very constructive discussions about meaningful action that we can take collectively in our communities to help build trust between police officers and members of the community looking for constructive ways to address racial injustice, economic injustice,” Silver said. “I am very proud of the relationship we have built with the union, with the players on these issues. My expectation is that we’ll see into the regular season more of what we have seen in the preseason, which is a sense of, let’s deal directly with these important issues.”

The issue has become a hot button topic since San Francisco 49ers quarterback Colin Kaepernick refused to stand for the national anthem during a preseason game as a protest against some of the country’s social and racial injustices. Other NFL players have followed by taking a knee or raising their fist. 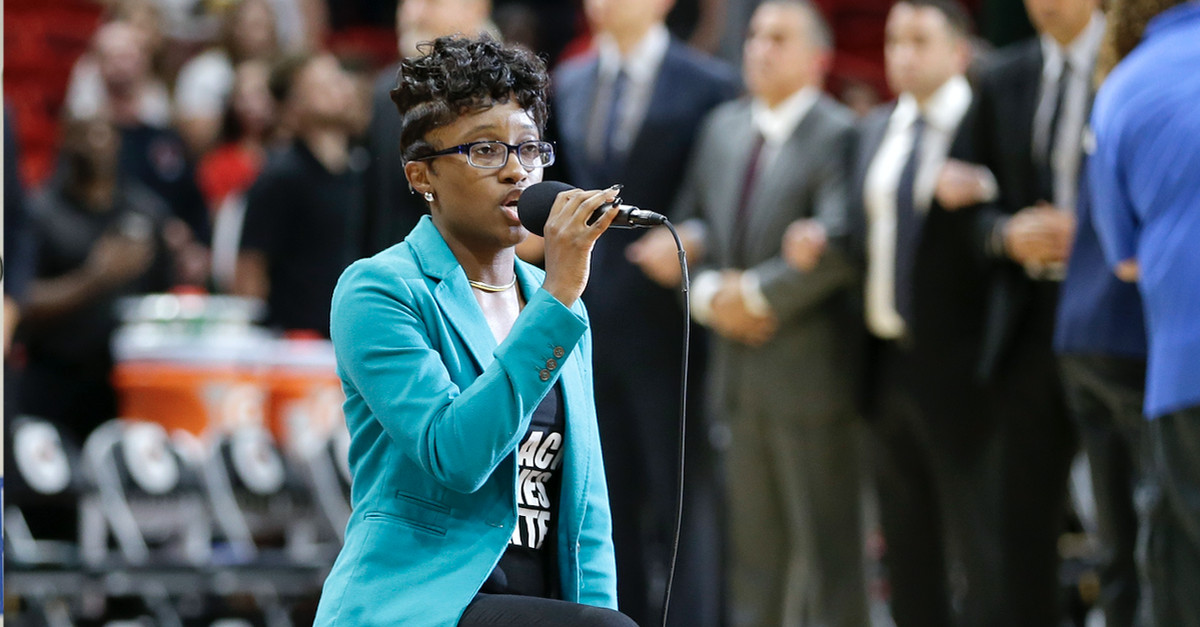