A photo of Tennessee National Guard Colonel Jack Usrey standing aside his car in the pouring rain to salute a funeral procession is going viral.

RELATED: Soldier returns home to see his family and finds a welcome surprise on his restaurant receipt

But Colonel Usrey doesn’t think anything of it. He says that’s how he was raised, telling WTVF “Maybe I can make them feel better […] I’m just an average soldier, but I was raised that way. We always stopped, my mom and dad taught me to do that.”

Col. Usrey works in the Tennessee National Guard headquarters in Knoxville, Kentucky. The photo was captured in Vine Grove, Kentucky, near Fort Knox; it was taken by Instagram user Erin Hester earlier this month and promptly went viral.

“I was so completely touched by this today,” she wrote. “I feel pretty confident there isn’t a military rule that soldiers have to do this. This made my heart happy to see the amount of respect that this gentleman showed a family that he doesn’t even know.”

She tagged the photo #values and #respect.

Col. Usrey is one of many in his family to have served, reports WSMV. His father and brother served in the Navy, with his brother advancing to the rank of Lieutenant Colonel. One of Col. Ursey’s sons serves in the Navy now and another is a student at The Citadel. 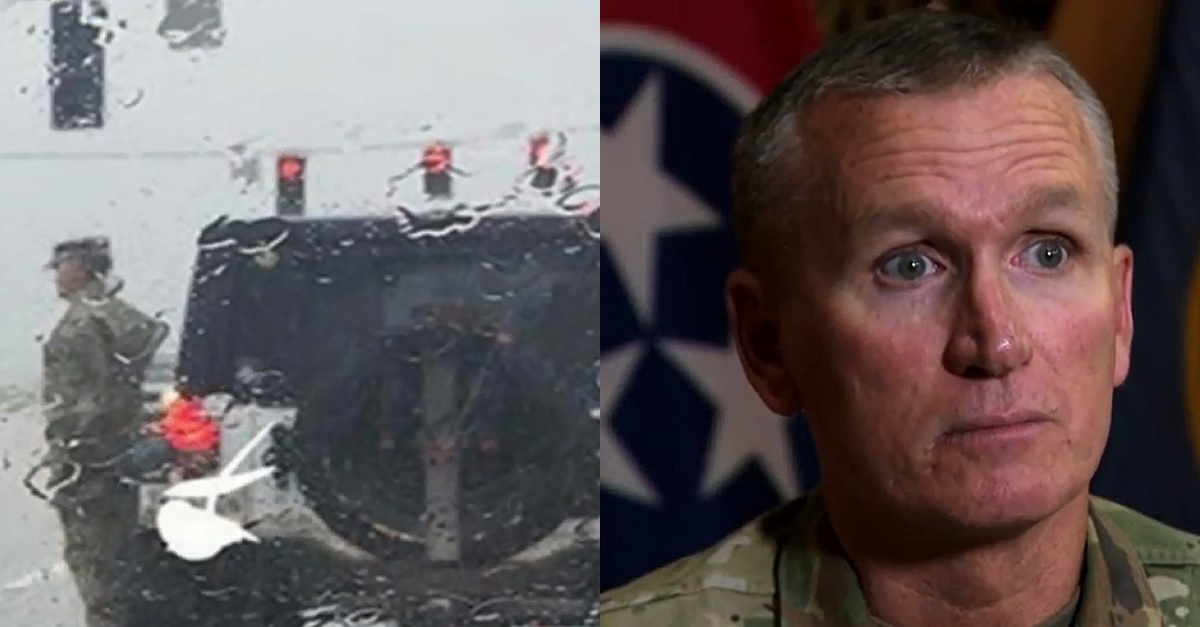