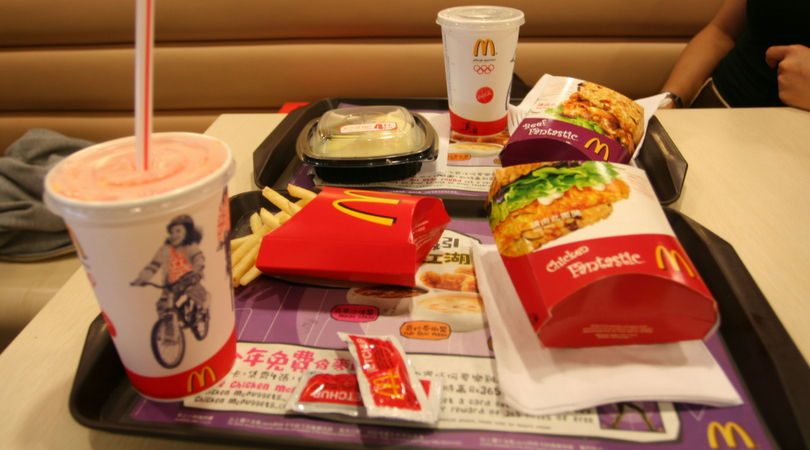 In an attempt to keep kids healthy, California has come up with a new law involving sugary drinks. California Governor, Jerry Brown is likely to sign a new bill prohibiting restaurants from offering anything other than water or milk with their kids? meals, in order to prevent obesity. If signed, restaurants who do not comply with the law could be fined up to $500.

According to the law, parents can apparently still order a separate drink, but the restaurant can?t put the drink on the kid?s menu. This comes after it was reported that around 65 percent of kids aged 2 to 11 drink sugar-sweetened beverages daily. These beverages usually have as many as 7 teaspoons of sugar in a 6.5-ounce serving or nearly twice the recommended amount of sugar intake a child should have.

Who decides what you feed your child?
California says govt does.
Jerry Brown expected to sign law saying only 2 beverage options for kids in restaurants–water or milk.#NannyState #government#moms #dads #kids #California #laws https://t.co/HOyxORp0MF

So, let?s break it down a little bit. Basically, the state is telling parents they aren?t capable of being trusted with their children?s health. Got it. I mean, let?s face it, having a water instead of a soda with your fries and burger isn?t going to solve our health problems, here. But, okay, sure, I?ll go along with this. (Even though half of online users are clearly upset.)

Stephanie Win from the American Cancer Society, which advocated for the bill, stated kids are drinking up to three sodas a day. This is setting them up for cancer risk down the road. She believes the government’s intention will ?save us all? after 20 percent of all cancers are tied to being overweight. The Centers for Disease Control and Prevention found that frequent consumption of sugar-sweetened beverages is also united with obesity, weight gain, type 2 diabetes, kidney disease, heart disease, nonalcoholic liver disease, tooth decay, and cavities.

What about cow's rights? California can't let parents feed milk to their kids! Did the State ask the cows? Aren't they stealing milk from them? Besides there's too many cows producing methane & causing climate change. Ban cows & milk! Next on CA agenda 🙂 https://t.co/HndaWteYw6

This isn?t the only state that has tried to implement this new ?health? law, the city of Baltimore implement a ban on restaurants advertising sugary drinks on kid? menu in July. Water, milk and 100 percent fruit juices are now the default beverage of choices. Now, as for California, California wants no juice whatsoever, only milk and water. So, goodbye soda, goodbye delicious tasting Hi-C, we will miss you.

What do you think of this new law? I mean, as a parent you should be able to decide for yourself whether your child is going to have water, milk, or soda. Yes, you can decide what is best for your child, and no, the state shouldn?t be doing that. I get the motive and where they are going with it, and ultimately it might solve some problems. But to go to an extent as to ban it just seems a little bit excessive, there are bigger things to worry about than what your child drinks for lunch. What else are they going to ban? Straws?

What do you think? #California is about to be the first state to limit what drinks your kids are offered at restaurants. Servers will offer only water or unflavored milk. If kids want soda, juice or chocolate milk, parents have to order it. #todayinthebay @nbcbayarea