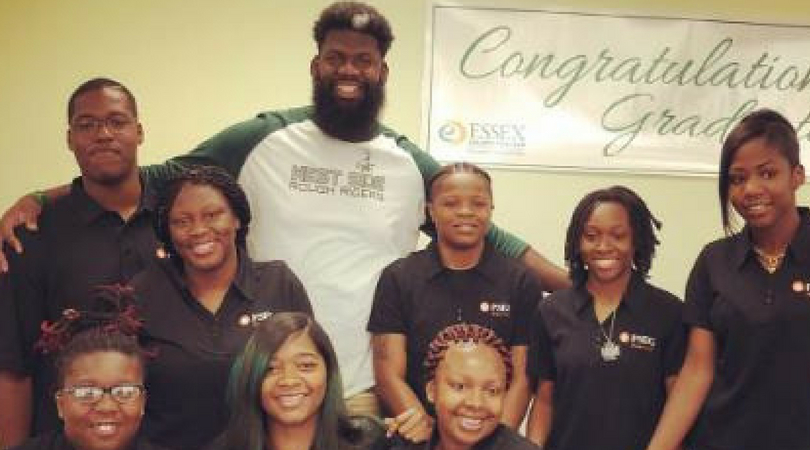 Not all heroes wear capes, but they should. A principal in Newark, New Jersey is making headlines after deciding to put an end to bullying at Westside High School. Principal Akbar Cook started noticing students were missing school due to them being afraid of other kids bullying them. The reason? Dirty clothes. Cook took on his principle roll two weeks ago but stated he was already concerned after noticing children were staying home more than five days a month.

The children were afraid they would be ridiculed for wearing dirty clothes and having a bad odor. He explained how it got to a point where the children would take pictures to continue the harassment on social media. Knowing he had to help these kids, the principal decided to do the extraordinary and create a laundromat for students to use.

Cook secured $20,000 in funding from the PSEG Foundation, in which he converted the old football locker room into the laundry room. He installed five washers and dryers inside, which are free for students to use on Mondays, Wednesdays, and Fridays. His decision to create the laundromat comes after he witnessed a student trying to prevent security from checking her bag. The student didn?t want people to see she was homeless and carried her dirty clothes around with her. Cook stated these cases are seen more than once every day. Usually, kids who can?t afford to wash their clothes are faced with intense teasing whenever they show up with dirty outfits. To avoid these situations, the principle also changed the school uniform to darker colors to help those who couldn’t clean their clothes on a regular basis.

After the community learned about Cook?s positive move, several surrounding communities donated bags of laundry supplies, such as dryer sheets and laundry detergents for the students. The new laundry room will be free of charge and will be open after school between 3 pm and 6 pm. Cook also stated an adult supervisor will be in the laundry room keeping an eye out for the students and teach them how to properly use the washing machines.